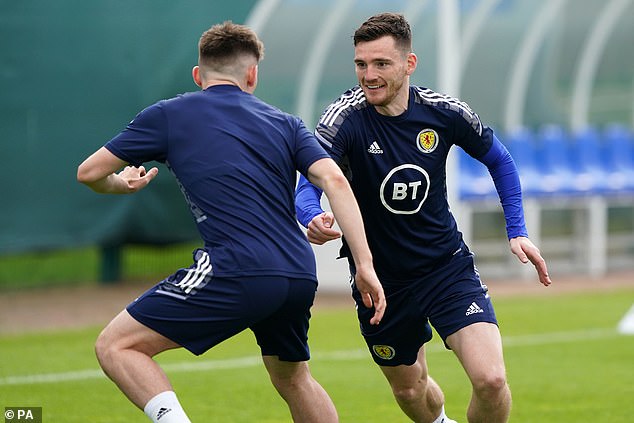 Just as well qualification for the World Cup in Qatar doesn’t come down to a public vote. If it did, Scotland’s national football team would be the next Sam Ryder.

The United Kingdom’s Eurovision entrant had the best song, the best falsetto and the highest number of votes from the juries dotted around Europe. Leading the contest deep into Fergie time, it looked as if Britain’s long wait for a new Bucks Fizz was finally over.

What followed next was the kind of collapse usually reserved for Manchester City in the last four of the Champions League. Unlike Pep’s boys imploding against Real Madrid, however, poor old Sam was blameless. From the moment the public were given their say, there was never any question over who was winning it. The UK never stood a chance.

No one especially cared that Ukraine’s winning entry was a bit rubbish. In the three months since Vladimir Putin’s tanks rolled over the Russian border, Europe has thrown open its doors to a stricken nation to offer comfort and solace.

Now, plenty feel Scotland’s national football team should be next up to ‘do the right thing’.

Mercifully, places at the World Cup finals have never been dictated by the whims of a phone-in vote. Decided by how teams perform on a football field… that’s the way it should be.

No one doubts that the desire to step aside and show solidarity with Ukraine stems from a good place. Whether Oleksandr Petrakov’s team actually need a helping hand is quite another question.

Britain’s Eurovision entry, from Sam Ryder, finished second in the competition to Ukraine despite being a far better song

Plenty will point to the fact that Shakhtar Donetsk and Dynamo Kyiv players haven’t seen much competitive action since the imposition of martial law.

Yet, when the Russian tanks rolled in, most of the world’s generals expected Ukraine to fold inside 48 hours. Three months later, they’re still fighting and, when a nation is capable of defying the odds to stand up to Putin’s war machine, it’s hard to see why anyone would doubt their ability to put up a fight on a football pitch.

A glance at Soccerbase shows that these guys have seen plenty of game time. Last weekend, Zinchenko won a Premier League title with Pep Guardiola’s side and is now a summer target for Arsenal.

Oleksandr Zinchenko, a Premier League winner with Man City, will be in action for Ukraine

Scotland will give Ukraine a warm welcome before kick-off, but then football will do the talking

That’s why, when tea and sympathy is being handed out, it can’t come from Scotland’s players.

The Tartan Army plan to roll out the welcome mat for 2,000 visiting fans and that’s all well and good.

At heart, the Doe-A-Deer brigade just love to be loved. And come the World Cup play-off, they will do their bit to show solidarity by trying their best to mangle the words to Shche ne vmerla Ukrainy. Punters will be handed a phonetic version of the Ukraine national anthem to help them mumble the words before kickoff. Yet, try as they might, this is one battle for hearts and minds even the Tartan Army can’t win.

When Ukraine come to town, there won’t be a dry eye in the house. There won’t be a single supporter outwith these shores who doesn’t want Scotland to lose the game.

Somewhere along the line, a World Cup play-off becomes so much more than a game of football. This match offers Ukraine another chance to summon the spirit of the border guard on Snake Island who told that Russian ship where to stick its missiles.

With all this going on, there’s a temptation for Scotland to stand aside and settle for second place like a grinning Sam Ryder. But with a rare and precious place in Qatar up for grabs, Steve Clarke would rather win nul points.

Ask what other nations fear most from the Scottish footballer and they’ll tell you that the most formidable players are dour, hard, tough-as-teak Billy Bremner types. Come Wednesday night, Andy Robertson and his teammates need to be all of that and more. For Scotland, this is no time for sentiment.