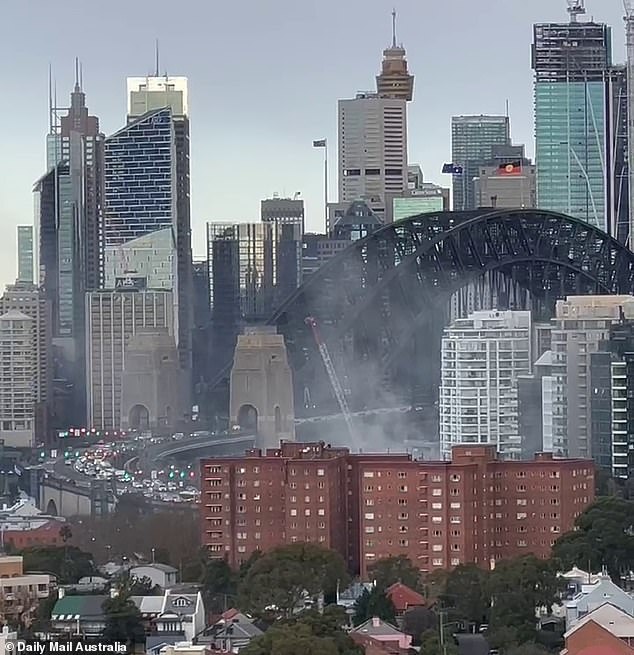 Large clouds of thick smoke could be seen rising near the freeway on the northern side of Sydney Harbour, close to the bridge.

An urgent warning about the smoke haze on the freeway was sent out on social media to drivers traveling both northbound and southbound with lane 6 reportedly closed.

A large backlog of traffic heading out of the city could be seen forming on the bridge as it approached the billowing smoke.

Fire crews and police were rushing to the scene just before 4pm to attend the blaze, which is close to the Prime Minister’s official Sydney home at Kirribilli House, still currently occupied by ex-PM Scott Morrison and his family.