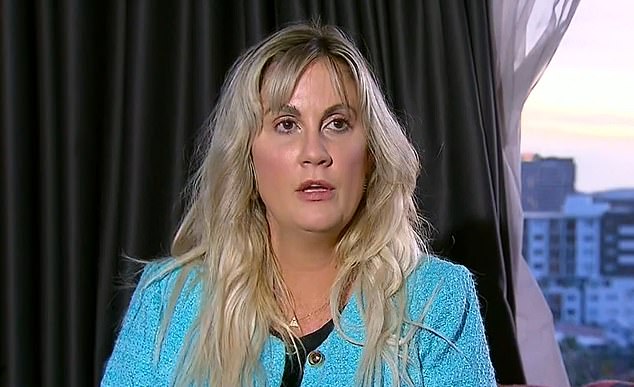 The extraordinary comment a Paralympian claims a Jetstar worker made to her when she questioned why she couldn’t bring her wheelchair on a flight: ‘Stop being rude to me’

A Paralympian has been left fuming after she missed her Jetstar flight as she was told she couldn’t bring her wheelchair on board.

Karni Liddell, who won Paralympic Bronze at the 1996 and 2000 Games, was travelling from Brisbane to Proserpine to attend a domestic violence workshop as a keynote speaker recently when she was stopped prior to boarding.

The champion swimmer was then told by an airline worker she was unable to get on the plane because of the lithium battery in her wheelchair.

‘After an hour she (the crew member) said ‘ma’am you can fly but you can’t bring your wheelchair’,’ Ms Liddell told Nine.

‘I said ‘it’d be like me telling you to fly and just take your legs off’ and she said ‘stop being rude to me’.’

The disability advocate had obtained a dangerous goods certificate issued by Qantas and Jetstar, but was told she needed to give the airline five days notice prior to flying.

Ms Liddell was also told there was additional paperwork she needed to fill out. As a result, she missed the seminar in Proserpine.

‘As soon as this happened I knew I wasn’t going to fly,’ she said.

The Paralympian said repeated run-ins with airlines has dissuaded her from wanting to fly in the future.

‘My friends have heard a hundred stories about me and airlines,’ Ms Liddell said.

‘I’m very used to this happening to me, so I was already nervous about flying. I have a lot of anxiety around flying.’

She also fears having her wheelchair mishandled, which could see her without the vital equipment that costs thousands of dollars.

‘I just want to be able to arrive with my son on a holiday and not have my wheelchair broken,’ the mother said.

A Jetstar spokesperson said the airline had nresponded personally to Ms Liddell, contacting the Paralympian and issuing a refund and travel voucher.

They say the issue arose because she made the booking through a travel company rather than through the airline.

‘Unfortunately her booking was made through a travel vendor and did not include the requirement to travel with a 25-kilogram lithium-battery-powered wheelchair,’ the spokesperson said.

‘Carrying a 25-kilogram lithium battery on our aircraft requires special clearance in advance of the flight’s departure.’

Ms Liddell said she wants the incident to spark change in policy for airlines and ensure wheelchairbound Australians don’t find themselves in similar situations.

‘I want them to treat us as people and passengers and customers,’ she said.