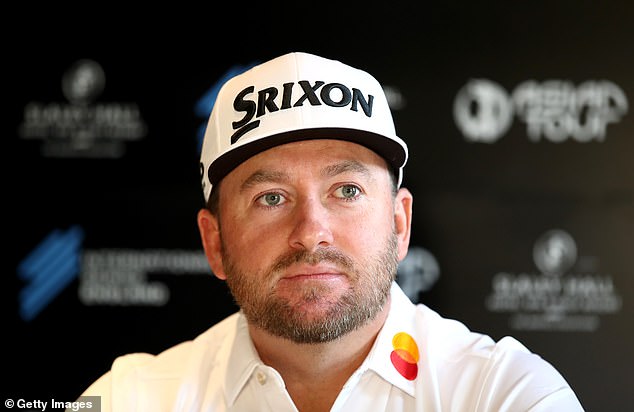 Graeme McDowell has claimed banning players for joining the Saudi-backed LIV Golf International Series is ‘not good for the game’ but admitted the consequences of playing the $25million (£20million) event are ‘scary’.

The Northern Irishman was named in the 48-player field for next week’s event in St Albans, the first in a money-spinning new series fronted by Greg Norman and backed by the Saudi regime.

The 2010 US Open champion will be joined by the likes of Lee Westwood, Sergio Garcia and shock headliner Dustin Johnson at Centurion Club next week.

However, it is not a decision all 48 players will have taken lightly as they face the wrath of both the PGA Tour and DP World Tour.

Both tours have recently declined all requests from members who had asked for releases to compete at Centurion for the first event, where a whopping £19.8m is up for grabs, including £3.1m for the winner.

Without permission to play in the event, the rebels are running the risk of being banned from both tours’ tournaments, including the Ryder Cup.

But McDowell has implored them to see sense, insisting the LIV Series has been designed to co-exist alongside the tours.

‘But as players, we just ask ourselves the question, if we do get banned from the PGA Tour and the DP World Tour, for example, is that good for the sport of golf?

‘I believe it is not good for the game and I really feel what the guys at LIV have done is they’ve tried to create a schedule, which especially fits around the PGA Tour.

‘It is designed to co-exist with the other tours in the world and let’s just hope that it all works out. The unknowns are a little scary, but I am sure it’s weighed into the decision of every player that’s decided to take the leap. And we just hope that the right decision will be made.’

McDowell has been part of three Ryder Cup-winning European teams and had ambitions to one day captain the side.

But the two-time Vice Captain’s hopes of leading Team Europe to glory again have taken a blow after his inclusion in next week’s field.

If the DP World Tour refuses to yield, McDowell will be barred from participating or captaining in golf’s greatest rivalry.

The 2014 Ryder Cup hero says it is not a decision he has taken lightly but insists it is the right choice for him and his family.

‘It just boils down to the fact that I am a business and I have operated all over the world for 20 years. This is a compelling opportunity. It is a fun format and there are some guarantees there.

‘It was not a decision I took very lightly. I realised the consequences could be far-ranging. But I felt like it was the right decision for me and my family – to be able to take an opportunity like this and play on something new.’

Fellow Ryder Cup legends Ian Poulter and Lee Westwood have also signed on to the LIV Golf International Series, meaning their roles in Europe’s 19-9 defeat in 2021 could have been their last participation in the event and they may have also ruled themselves out of contention for captaincy.