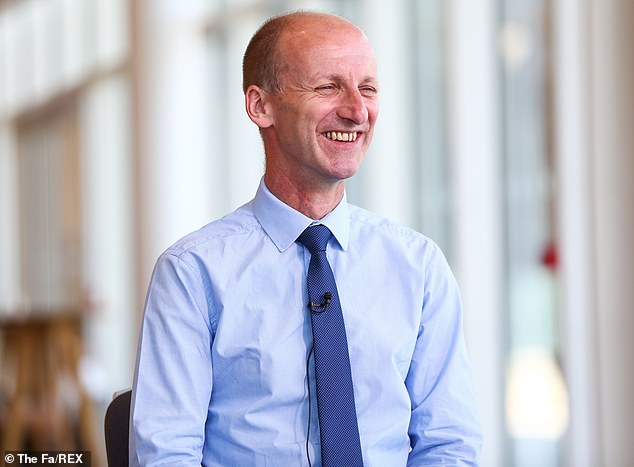 Mike Riley,  the head of Premier League referees, is reportedly fighting to save his job after several top-flight clubs complained about his competency.

A host of Premier League clubs are pushing for a change of command as they believe too many mistakes were made during the 2021-2022 campaign under the 57-year-old.

According to The Telegraph, the Premier League are looking at bringing Howard Webb – who retired from on-field duties in 2014 – back into the English game in a referees’ management role.

The Premier League are reportedly looking to speak with Webb about a senior position to the Professional Game Match Officials [PGMOL].

They would then offer the top-flight clubs a ‘viable succession plan’ which would see Webb take over seamlessly from Riley.

The decision regarding Riley’s future will be made at next month’s Premier League AGM in Harrogate. They will also discuss refereeing and the application of VAR.

Mike Riley, who is the head of referees for the Premier League, is fighting to save his job

Riley was in charge when the new technology came in at the start of the 2018-2019 season and has helped guide the Premier League through the transition.

However, clubs have not always been happy with the application of the new technology and have called the system out after several Premier League games.

As a result, Riley – PGMOL managing director – is under significant pressure and could be forced out from his job which requires him to oversee officials in the Football League.

Therefore, Webb – who refereed the 2010 World Cup final and worked for PGMOL as a performance director after retiring from on-field duties in 2014 – could step up to the plate.

Additionally, the Premier League is looking to make serval other changes ahead of the 2022-2023 campaign.

They are introducing the Elite Referee Development Plan, which aims to enhance the standards of officiating across the English game.

The Premier League are introducing the Elite Referee Development Plan, which aims to enhance the standards of officiating across the English game

PGMOL are set to bring in a training supremo, a psychologist and a sports scientist as part of a major plan to improve standards.

In a wide-ranging move likely to cost in excess of £500,000 a year, 12 new roles have been created, amid strong criticism of performance levels across the English men’s and women’s game.

The organisation is also seeking a coaching director, who will lead the training of the 600 officials operating in the Premier League, EFL and women’s game.

The move comes following the retirements of long-standing whistle-blowers Jon Moss and Martin Atkinson, who will take up roles of Select Group 1 (Premier League) Manager & Coach respectively from next season, fulfilling two of the 12 roles.