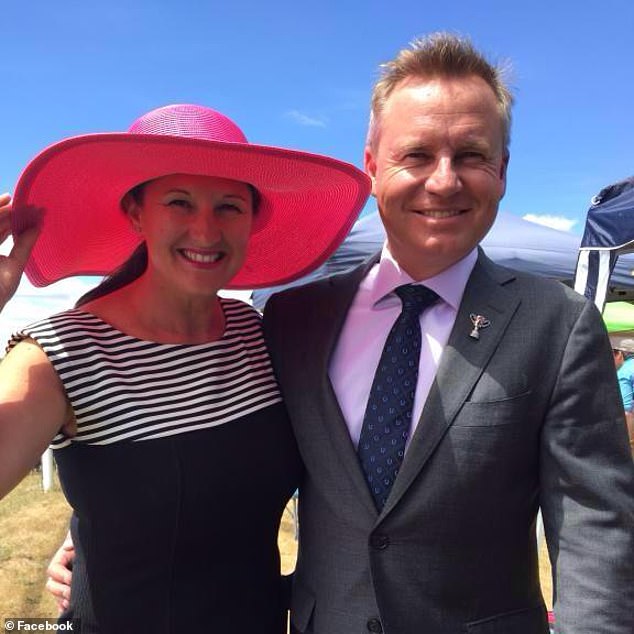 Tasmania’s Liberal Premier Jeremy Rockliff (pictured, right) attended a Reconciliation breakfast on Wednesday where he backed shifting Australia Day from January 26 to another date in January

‘Australia Day, it is a national conversation of course, and one that I am increasingly concerned … is becoming increasingly divisive,’ he told state parliament on Wednesday.

‘By nature I am not a divisive person.

‘Bringing people together, Aboriginal people in Tasmania, all Tasmanians, to unite and celebrate Australia Day (on) a day we can all unite is a clear objective of mine.’

Mr Rockliff, a long-term deputy who became premier in April when Peter Gutwein unexpectedly quit politics, was responding to a question from Labor MP David O’Byrne about whether he backed moving Australia Day.

During his time in the state’s top job, Mr Gutwein said he supported a national conversation about changing the day and that reverting to a weekend in January, and not a set date, would be sensible.

‘You outlined the previous premier’s view on this particular matter and I support that view,’ Mr Rockliff said.

‘You mentioned the … last weekend in January … the previous premier’s view on that, I support. I was deputy when he made that statement.’

Mr Rockliff labelling the conversation about the date ‘increasingly divisive’ and said his objective is to unite all people across the country (pictured, 2022 Australia Day celebrations at Cronulla Beach, Sydney)

Mr Rockliff said he supported Mr Mayor’s ‘very clear argument’ with respect to changes to the constitution to enshrine a First Nations voice.

The state government is setting up an Aboriginal-led treaty and truth-telling pathway, something Mr Rockliff said he was deeply committed to.