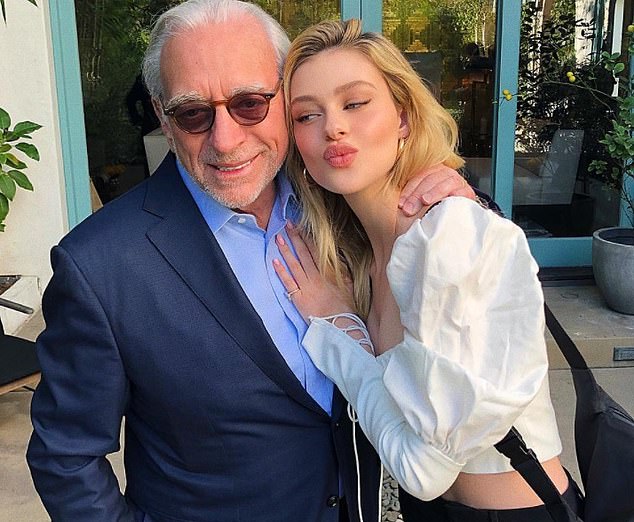 Billionaire Nelson Peltz faces a backlash over how he bought his £1.4bn stake in the Dove and Marmite maker Unilever

By Mark Shapland For The Daily Mail

Nelson Peltz is facing a backlash over how he bought his £1.4billion stake in Unilever.

Last night sources close to the billionaire confirmed he had been building his 1.5 per cent stake of 37.4m shares in the Dove and Marmite maker since January, using derivatives – a series of complex financial instruments.

It means New York-based hedge fund Trian, where Peltz is chief executive and founding partner, does not own all the underlying shares.

But despite not officially owning all the shares, the 79-year-old has managed to muscle his way onto the board and accrue voting rights.

Buying the shares in this way is common among activist investors and means they can avoid payments of stamp duty to HMRC.

But the practice is criticised for its lack of transparency.

Derivatives are complex financial instruments that allow investors to bet on the price of a stock without actually owning it.

A source close to Peltz said: ‘The stake was gradually bought over time.

‘It was done using back-to-back call-and-put options, as well as buying shares. The options can be exercised at any time.’

The options mean Peltz may buy all the underlying stock at a later date. While not illegal, the tactics have caused outrage in the City. Danni Hewson, analyst at broker AJ Bell, said: ‘This behaviour always angers ordinary investors. I am sure Peltz can cover his positions but it leaves a sour taste.’

Peltz’s stake building in Unilever has echoes of activist investor Patrick Drahi’s method when he bought his holding in BT.

The Frenchman has amassed an 18 per cent stake in the telecoms giant using a series of derivative instruments without owning the shares outright.

The Government is so concerned by Drahi and his motives that Business Secretary Kwasi Kwarteng last week launched a ‘full national security assessment’ of his stake.

Tory MP Andrew Bridgen said these practices need looking into, adding that the complex tools can undermine confidence in the financial system.

He said: ‘It is another example of how the super-rich can avoid taxes. Wealth buys lawyers, accountants and choices.’

Unilever investors await to see what Peltz will do with his seat on the board. It is hoped that he can revive the struggling consumer giant, having previously successfully agitated for change at Proctor & Gamble.

Unilever is trying to repair relations with investors after its failed £50billion tilt at GlaxoSmithKline’s consumer division.