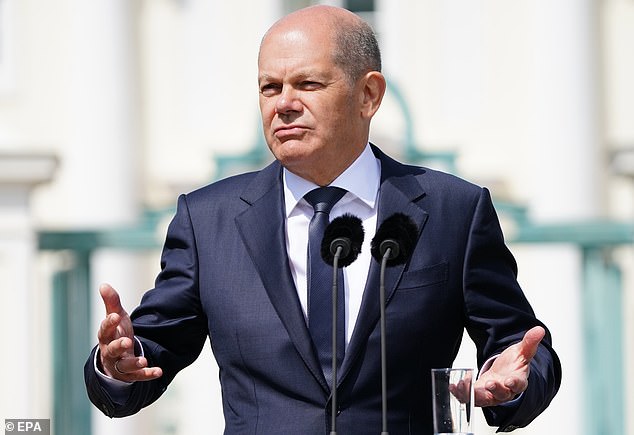 China and Russia turmoil makes Germany the ‘sick man of Europe’, harking back to late 1990s and early 2000s

Germany is now once again the ‘sick man of Europe’, experts have warned.

The country is reliant on gas from Russia and trade with China – both of which are causing a headache following the Kremlin’s war in Ukraine and a slowdown in the People’s Republic.

Troubles: Chancellor Olaf Scholz said that ‘some people were a bit careless in the past’

Julian Jessop, economics fellow at the Institute of Economic Affairs, said: ‘Germany is already the sick man of Europe.’

Germany was initially dubbed the ‘sick man of Europe’ in the late 1990s and early 2000s. It had experienced years of lacklustre growth.

But then-chancellor Angela Merkel beefed up its reliance on cheap Russian energy and encouraged trade with China.

But as Western countries shun Russia – and China, for backing Vladimir Putin – those policies mean Germany is bearing the brunt of the pain.

Merkel’s successor Olaf Scholz said that ‘some people were a bit careless in the past’.

Jessop said: ‘Germany used to be the industrial powerhouse of Europe and is still a major trading partner for the UK, so Brexiteers should not crow too much.’