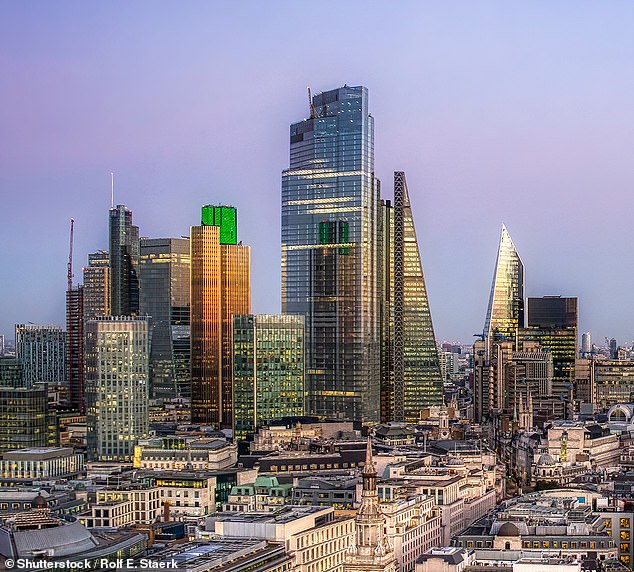 WH Ireland is set for a takeover tussle, sources tell The Mail on Sunday.

In February, the stockbroker saw telecoms tycoon and pop art collector David Ross, who also owns the Jigsaw fashion chain, snap up a 10 per cent stake.

Now ‘Rosso’, as he is known in the City, could be in line for a bumper payday.

Shrewd investment: David Ross, known in the City as ‘Rosso’, could be in line for a bumper payday

It is understood WH Ireland is on the block, with financial firms Smith and Williamson and Ravenscroft looking to swoop on the small-cap broker.

But its wealth management arm is well regarded and many in the City want to get their hands on the business.

It is understood that offers could come in as high as £50million, meaning Ross would walk away with £5million.

Pariah of ESG crowd in City BAT up 28% in year

British American Tobacco shares have surged 28 per cent in the past year.

The smoking giant is seen as a pariah by the fashionable ESG crowd in the City, and only oil giants get a tougher time from the ‘woke’ investor community.

But BAT had a barnstorming pandemic as the firm added 4.8million vaping customers globally – and the evidence is people haven’t quit.

First-quarter results to March 31 – out on Thursday – are expected to be healthy.

BAT is hoping for 4 per cent growth in turnover and aims to be back in the black by 2025.

BAT’s big worry is the cost-of-living crisis – how many customers will be forced to quit.

Hornby full-year results out on Friday

The train set maker’s most famous customer is Sir Rod Stewart, who spends his time off making model railways, saying: ‘A lot of people laugh at it, but it’s a wonderful hobby.’

Hornby, which also owns Scalextric, has benefited from a return to childhood passions in the pandemic, last year swinging to a profit.

And, despite problems sourcing products from China, analysts expect chief executive Lyndon Davies to have built on that success.

Airlines are a hot topic of conversation with big delays at airports over the half-term holidays and Jubilee weekend.

The chaos has put pressure on airline bosses as flights are cancelled due to staff shortages.

Wizz Air, listed in London but with headquarters in Hungary, issues full-year results on Wednesday. Investors will be watching boss Jozsef Varadi for a sign of how the carrier will fare this summer.

Another worry is the soaring price of oil, which last week hit $120 a barrel, putting huge strain on fuel costs.

The airline is expected to post turnover of £1.4billion for the year to March 31, 2022, roughly double that of the pandemic-hit previous year.