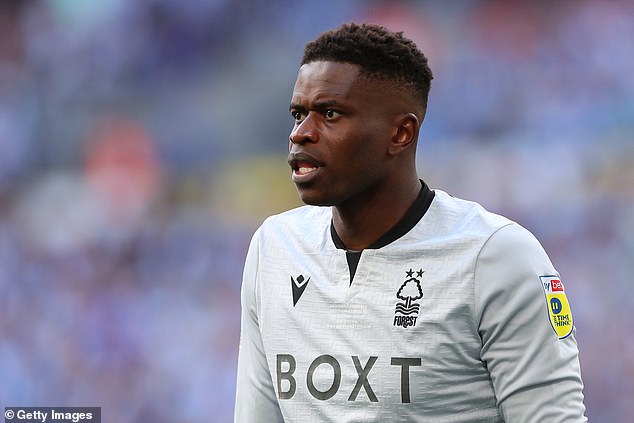 Brice Samba has stunned Nottingham Forest by refusing to sign a new contract with the Premier League new boys.

The Congo-born goalkeeper was instrumental as Steve Cooper’s side were promoted via the Championship play-offs, and dramatically saved three penalties in the semi-final shoot-out against Sheffield United.

But according to The Athletic, Forest cult hero Samba has stunned the club by telling them he wants to leave this summer as he feels undervalued and underappreciated.

The 28-year-old signed a four-year deal when he moved from French side Cannes in 2019, and is about to enter the last 12 months of his current contract.

Forest recently approached the stopper, whose two children were born in Nottingham, to offer him fresh terms.

But Samba, who made 45 appearances in all competitions last season, felt the offer was unacceptable and is said to be disappointed he was not offered a new deal sooner.

His motivation in rejecting the deal is believed to be related to feeling undervalued in relation to his importance to the team and performances, rather than necessarily being just about money.

Samba would have been a crucial part of the club’s attempts to battle relegation next season, and unless they can persuade him to stay, Forest will have to sell him this summer to avoid losing him for nothing next year.

However, manager Cooper reportedly has an ‘excellent’ relationship with the ‘keeper and the club are said to be firmly committed to keeping him one way or another.