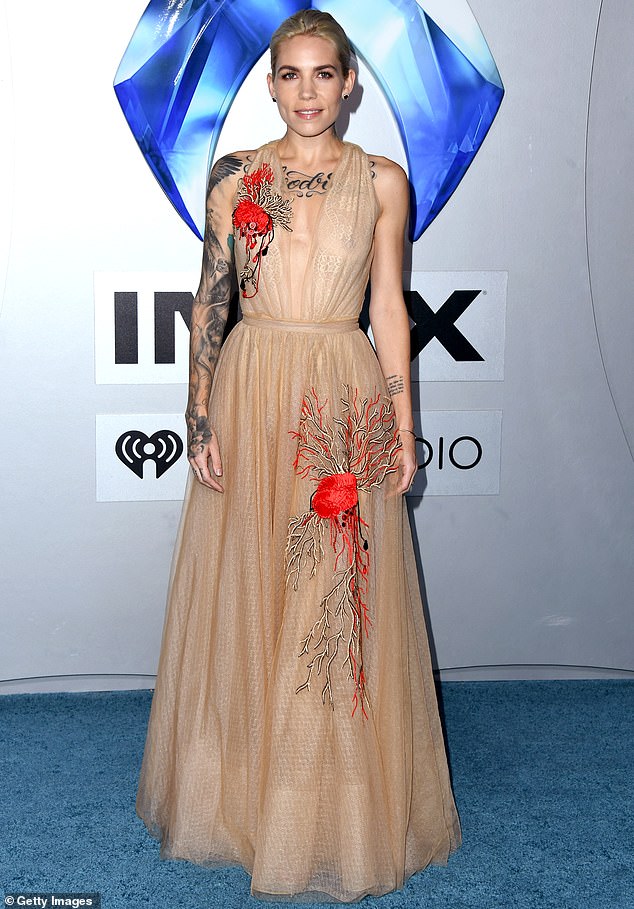 ‘It’s sad’: Rihanna’s songwriter Skylar Grey reveals she was forced to sell her entire music catalog to pay for divorce settlement with Todd Mandel and taxes

Singer-songwriter Skylar Grey has revealed that she had to sell her entire music catalog to pay for her divorce settlement.

The 36-year-old artist was married to Todd Mandel, but the couple separated and their divorce was finalized last year.

Grey no longer receives any financial royalties to songs that she wrote, such as Rihanna and Eminem’s hit, Love The Way You Lie.

Moving on: Skylar Grey, 36, has finalized a hefty divorce settlement, and although she sold her music catalog, she is set on creating a new one; seen in 2018

The ex made her pay: Skylar with Todd Mandel at Oakley At Hyde Lounge in 2012 in Park City, Utah

The talented songwriter sat down with Variety for an interview and opened up about the divorce and what it means for her career now.

‘Since 2017 I was going through a divorce and lawsuit, that was just wrecking me emotionally and financially,’ the star stated.

In 2021, a settlement was finally reached. However, Grey had no choice but to sell her catalog to pay the settlement.

It was ‘very sad in a way, because those songs like, Love The Way You Lie, and Coming Home, those are my babies,’ she said.

Staying strong: The talented songwriter recently released her own album back in April titled, Skylar Grey; seen in 2017

Top talent: Grey jumped to fame when she was introduced to producer, Alex da Kid. Through him, she had the opportunity to write Love The Way You Lie, which was sent to rapper, Eminem and singer, Rihanna (pictured)

The artist is relieved to have a sense of peace now that she is able to move on and continue to create new music.

However, the 36-year-old views her old songs quite differently now whenever she hears them.

‘Every time one of those songs gets used in a movie or whatever, I don’t see any of that money anymore,’ Grey stated.

‘But unfortunately, the majority of what I got paid for my catalog went to taxes and my ex-husband.’

New beginnings: The singer and songwriter from Wisconsin has chosen to still write and create music despite her difficult past; seen in 2017

The talented writer and singer has taken a step in the right direction and released a new album back in April of this year.

The album is titled Skylar Grey and will be added to a new music catalog that will be her own.

‘The whole album is a cathartic release for me, it’s expressing a lot of emotions I felt over however many years it’s been,’ the Wisconsin native added.

Powerful duo: Grey and Eminem are seen performing together on stage during Coachella in 2018

Grey jumped to fame when she was introduced to producer, Alex da Kid. Through him, she had the opportunity to write Love The Way You Lie, which was sent to rapper, Eminem and singer, Rihanna.

After its release, the song hit number one on multiple charts worldwide. The song even earned the writer a Grammy nomination for Best Song of the Year in 2010.

Grey is also known for writing and collaborating on songs such as I Need A Doctor, with Eminem and Dr. Dre, and also Coming Home with Diddy.