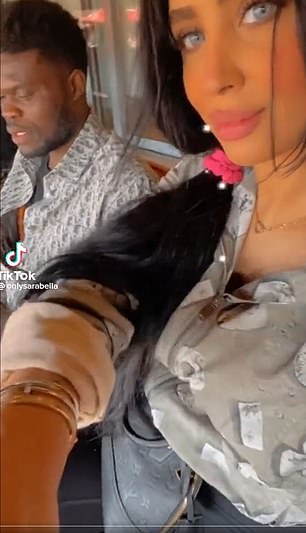 Thomas Partey has changed his name to Yakubu after converting to Islam following his recent marriage to Moroccan Sara Bella.

However, despite the name change, the midfielder will still be referred to Partey when playing for Arsenal.

In addition, the 28-year-old will keep Thomas as the name on the back of his shirt when in action.

‘I have a girl I love, I know my side chicks will leave me but it’s no problem,’ he joked in an Instagram video posted by Ghanaian journalist Nana Aba Anamoah, as quoted by Pulse.

‘I grew up with Muslims so at the end of the day it’s the same thing. I’m already married and my Muslim name is Yakubu.’

Raised as a Christian in east Ghana, Partey told his national media in March that he had become a Muslim due to Bella.

In mid-March a picture of him in London with a Sheikh circulated on social media as the pair held the Quran – the scripture of Islam.

And devoting himself further to Islam, Partey has now taken on the name Yakubu after tying the knot to Bella.

Partey featured just 26 times for Arsenal in all competitions last season as injury and suspension curtailed any further part.

A hamstring injury during a 3-0 defeat at Crystal Palace on April 4 saw his campaign end short as the Gunners missed out on finishing in the top four to bitter rivals Tottenham Hotspur.