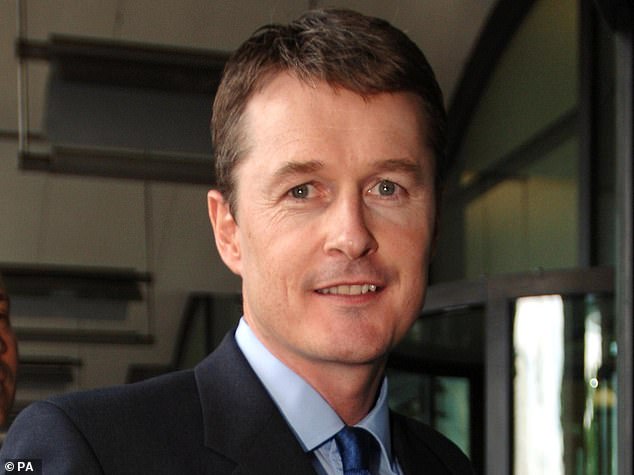 The embattled retailer behind brands including Lookfantastic and Myprotein said Murphy, on the board for eight years, stepped down with ‘immediate effect’.

‘Remarkable journey’: Hut Group board member Dominic Murphy (pictured) has stepped down at the embattled retailer after eight years

Murphy, 55, said his term was a ‘remarkable journey’ and it was ‘the right time’ to go.

He is a private equity heavyweight and, as a partner at US giant KKR in 2007, led its £12billion takeover of Boots. He is co-head of UK investments at private equity giant CVC.

But he has faced questions over his role as an independent non-executive director at THG given his long-standing connection with Moulding.

Murphy struck up a relationship with Moulding while he was KKR’s London partner, and was a key player when the US business bought a 20 per cent stake in THG in 2014.

Murphy was, until last, night up for re-election at the annual shareholder meeting in Manchester tomorrow.

His shock exit comes as THG finds itself a takeover target for bidders including tycoon Nick Candy.

The retailer has been trying to shore up support in the City over corporate governance concerns which have dogged it since its disastrous 2020 float.

It has appointed City veteran Charles Allen as chairman after Moulding agreed to give up the dual role of chairman and chief executive.

Moulding agreed in October to surrender a ‘golden share’, allowing him to block any takeover.