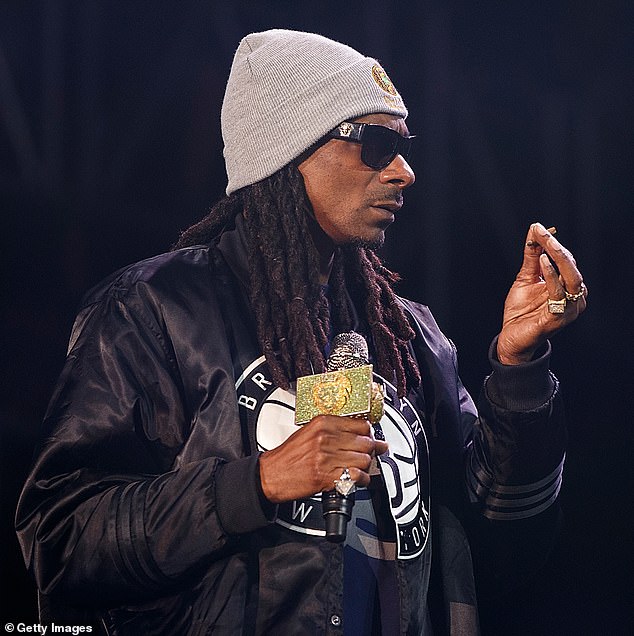 Snoop Dogg revealed on Twitter that he pays a professional blunt roller more than $50,000 a year due to ‘inflation’ after a popular Twitter account reminded the public he had one.

Now the rapper has been inundated with job inquires from weed enthusiasts.

The ultra-successful music man retweeted it, writing: ‘Inflation. Their salary went up!!’

Although he didn’t reveal the new salary range or who his roller is, the musician did reveal he employed one in 2019 on the Howard Stern Show.

When Stern expressed shock that someone is being handed cash to roll blunts all day, Snoop straight-faced answered: ‘That’s his J-O-B, his occupation. On his resume, it says: What do you do? I’m a blunt roller. P-B-R, professional blunt roller.’

His roller apparently knows exactly when to hand his boss or his guest a blunt and keeps them organized in a ‘box.’

Snoop Dogg has lit up Twitter with those interested in becoming his second blunt roller after a popular account reminded the world he hired a professional blunt roller. The singer revealed in 2019 that he hired a man to roll blunts for him and on top of a nice salary, his roller got ‘all-paid expenses’

Snoop revealed his roller now makes more than $50,000 a year due to ‘inflation’

‘He knows how to gauge the look on someone’s face when it seems like they want a blunt and if they do, he gives you one,’ actor Seth Rogan, who was also a guest on the show, said.

Rogan said he had personally experienced the PBR’s ‘perfect timing’ and cackled as Snoop calmly spelled out the job qualifications.

Well, it seems Snoop’s 2019 comments has caught the internet’s attention again, as many asked if he was ‘accepting applications’ in the comment section of the UberFacts tweet – many ready with photo proof for Snoop to peruse.

A man named Joshua tweeted: ‘Does your roller need assistance? I have nine years worth of related experience.’

Another fan was quick to offer holiday coverage, writing: ‘If you boy goes sick or you need [a] holiday cover[ed], hit me up, I’ll cover for ya Snoop.’

Rico Mendez was also ready to offer part-time services, writing: ‘Do you need a back up or a [second] one?’

One Twitter user, Brent Mageba, wasn’t going to let his blunt roller inexperience stop him from getting the cushy paying job. He wrote alongside a photo of someone running: ‘On my way to get someone to teach me how to roll a blunt so I get that bag from Uncle Snoop.’

If the nice paying job wasn’t enough, Snoop offers his PBR ‘all-paid expenses’ – including being invited on tour – and the roller gets to smoke some of what he rolls.

Stern admitted Snoop was a ‘genius’ for hiring a PBR, saying on his show at the time: ‘To say, you know, this is something I love and I got a guy here who can roll. I’m f**king giving him a job for 50 grand a year.’

Rogan agreed that he spent ‘a lot of time rolling joints,’ and that getting his own PBR might be ‘might be worth my while.’

It is unclear if Rogan has since employed a PBR.

Although $50,000 or more a year, all-paid expenses, and getting to live the Rockstar life might seem super appealing, applicants might spend more time rolling than they think.

Snoop, who is known to be an avid smoker, revealed on Reddit in 2012 that he smokes around 80 blunts a day.