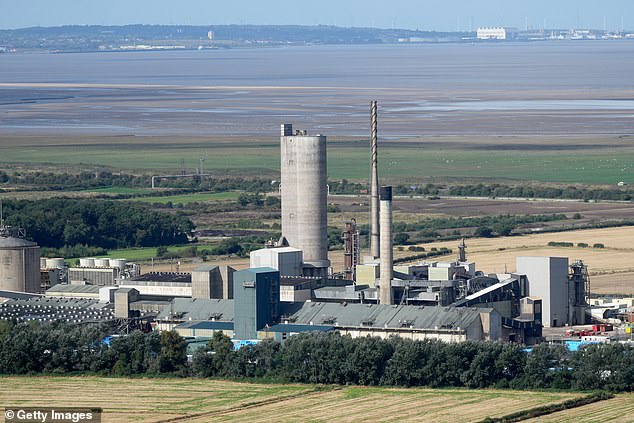 A fertiliser giant that produces the bulk of Britain’s carbon dioxide supplies is to shut a plant just months after receiving a taxpayer bailout.

It has been shut since ministers intervened to prevent a supply crisis last year, by handing CF Industries a subsidy worth tens of millions of pounds.

Shutdown: CF Industries will close its site at Ince, Chester (pictured), putting over 300 jobs at risk. It has been shut since ministers intervened to prevent a supply crisis last year

The bailout enabled its Billingham plant to reopen in Teesside, which will now supply all its UK fertiliser output.

CF produces 60 per cent of Britain’s CO2 as a by-product of fertiliser production, with the gas used to make fizzy drinks and in packing fresh food.

Bosses are in talks with workers and the trade unions over redundancy. A Business Department spokesman said: ‘The closure is a commercial decision for CF Fertiliser and it will not impact supplies of CO2.

‘Without intervention, the CO2 shortage could have severely impacted the food processing sector, the NHS and nuclear power generation.’