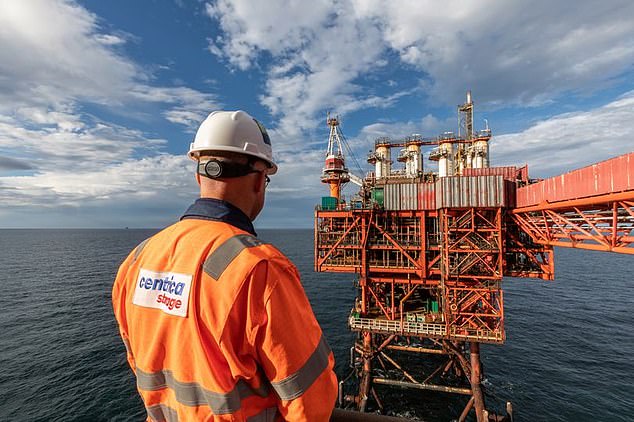 Centrica has moved a step closer to reopening the UK’s largest natural gas storage site as the energy crisis deepens.

The British Gas owner has submitted a formal application to the North Sea energy regulator to reopen Rough, five years after the site was closed for ‘economic’ reasons.

Previously, the facility – 18 miles off the east coast of Yorkshire – accounted for 70 per cent of Britain’s natural gas storage capacity.

Gas tap: Centrica has submitted a formal application to the North Sea energy regulator to reopen Rough, five years after the site was closed for ‘economic’ reasons

If the application is accepted by the regulator and the Government, much needed natural gas could be injected within months.

Centrica added the discussions with the Government were in the early stages as to the role the site could play.

Talks are said to have been constructive so far but a sticking point is how the scheme will be paid for, with the company claiming it will only be viable with state support.

The UK is preparing for a tough winter and the Government wants to explore all options to tackle the energy crisis facing the nation.