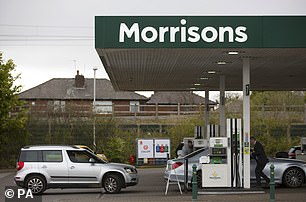 The competition watchdog has given the takeover of Morrisons by US private equity the all clear after the buyer agreed to sell dozens of petrol stations.

Clayton, Dubilier & Rice (CD&R) won a lengthy auction to buy the supermarket last year in a deal worth around £7billion.

Morrisons runs 339 petrol stations across England, Scotland and Wales. In January, the Competition and Markets Authority (CMA) opened an investigation into the move as it raised concerns that the deal could lead to higher petrol prices for some customers.

But the CMA said it has formally accepted an offer from CD&R to sell 87 of its MFG-run forecourts in areas of concern in order to push the takeover through.