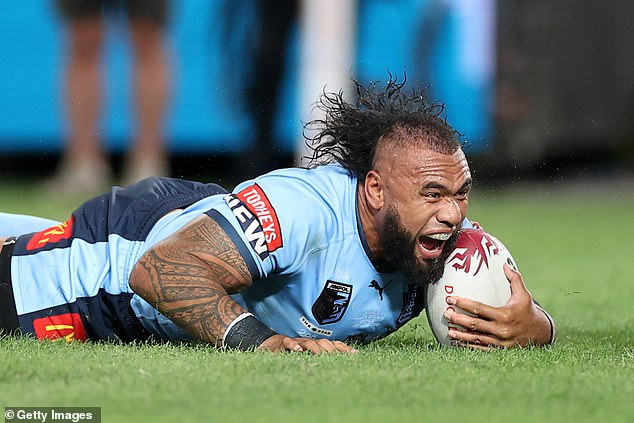 NSW Blues fans were up in arms after a try to Junior Paulo with just a minute to go in the first half was disallowed due to obstruction.

A brilliant run by second rower Tariq Sims opened up the Queensland defence, before the fleet-flooted Paulo was able to breeze past four Maroons defenders to score.

The play was subsequently reviewed, and the bunker disallowed the try after confirming decoy runner Cameron Murray stopped in the line, preventing Pat Carrigan from making a tackle.

Fans were up in arms, but even Blues legend Andrew Johns admitted the referees and bunker made the right call.

NSW captain James Tedesco remonstrates with the referee after the decision

The try came just a minute after the Maroons scored their first try of the game through Dane Gagai after a deft kick from debutant Selwyn Cobbo.

So if you misread the play, grab the decoy runner, and stop him from going through the line it counts as an obstruction not a poor defensive decision?
Sweet.#StateofOrigin