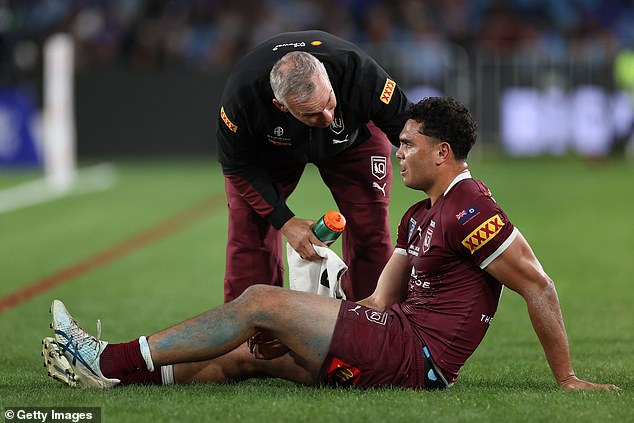 Xavier Coates has limped off with an ankle injury in an early State of Origin blow for Queensland, while Jeremiah Nanai suffered what appeared to be a very serious ankle injury of his own.

Coates rolled his ankle in a tackle by NSW centre Kotoni Staggs and attempted to run it off, despite being hindered and in obvious pain.

He was taken from the field with 12 minutes to play in the first half of Game 1 at Sydney’s Accor Stadium on Wednesday night.

Channel Nine later confirmed he wouldn’t return to the field and had suffered what appeared to be a high ankle sprain.

The same broadcaster also suggested that Coates is a doubt for the Game Two clash against New South Wales, set to take place in Perth later this month.

Nanai looked like he’d suffered a season-ending injury, such was the pain he looked to be experiencing, before making a miraculous return with 20 minutes to go in the game.