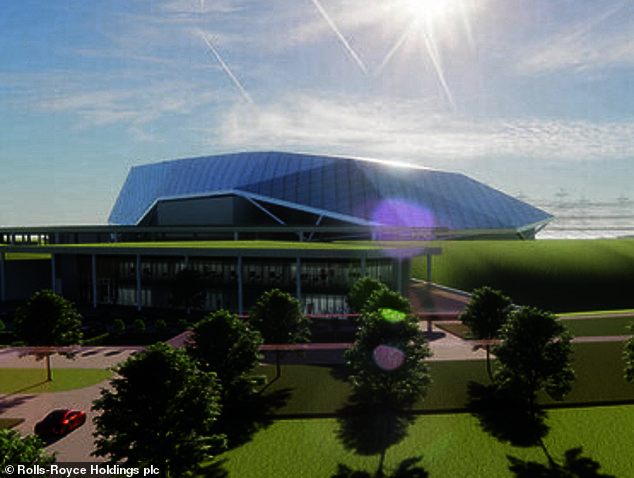 Rolls-Royce SMR, the offshoot of the engineering giant that runs its small reactor programme, has hit back after a former Minister poured scorn on Britain’s nuclear energy plan.

In a damning assessment of Boris Johnson’s premiership, Tory MP Jesse Norman last week said the Government ‘seems to lack a sense of mission’, adding: ‘As a former Energy Minister I can tell you there is zero chance that this or any government will be able to build a nuclear power station a year at any point in the next decade.’

The future: Rolls-Royce SMR is the offshoot of the engineering giant that runs its small reactor programme

But Rolls-Royce Small Modular Reactor told The Mail on Sunday: ‘We are bringing to market the capacity to produce two SMR units a year once our factory is established.’

It is hoped Hinkley Point C in Somerset will start running in June 2027, after a series of delays.

‘These include new nuclear options such as small nuclear reactors.’