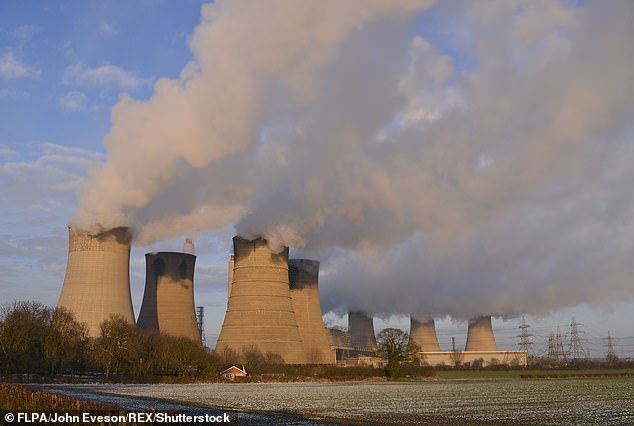 By Sean Poulter for the Daily Mail

Coal-fired power stations will be kept running this winter – despite plans to shut them down to meet climate change pledges.

Business Secretary Kwasi Kwarteng announced one site in Lincolnshire will remain operational and he hopes that two others will also be available.

The site at West Burton is run by the French company EDF. Another at Ratcliffe-on-Soar, Nottinghamshire, is owned by Uniper, and the third is the Drax power station, near Selby, North Yorkshire.

Kwarteng suggested the need to rely on coal to keep the lights on has been driven by concerns about the availability of gas due to Russia’s invasion of Ukraine.

He said: ‘In May, I asked National Grid to explore keeping three coal power stations open this winter, if needed. With uncertainty in Europe following the invasion, it’s right we explore all options to bolster supply.’

‘Discussions with two other plants are ongoing.

‘If we have available back-up power, let’s keep it online just in case. I’m not taking chances.’

Any increased reliance on coal would be embarrassing for the Government after making promises to cut the UK’s emissions of harmful greenhouse gases linked to global warming.

Boris Johnson was at the forefront of efforts to encourage countries to move away from using coal when Britain hosted the Cop26 climate change conference in Scotland last year.