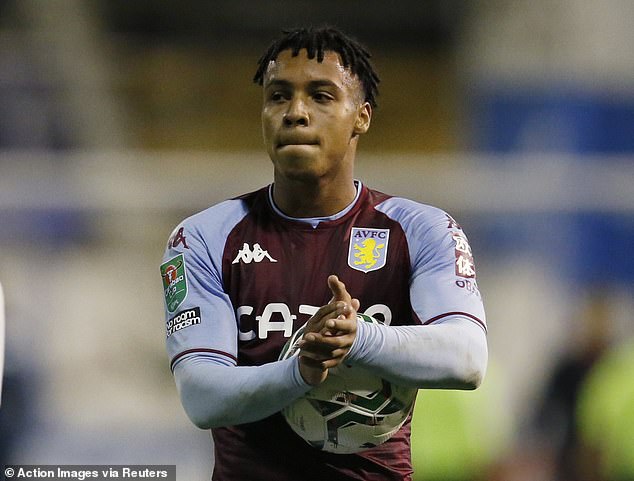 Aston Villa youngster Cameron Archer being monitored by more than a dozen Championship clubs including Preston, Watford and West Brom… but Steven Gerrard will give the forward a chance in pre-season before deciding whether to send him out on loan

Aston Villa youngster Cameron Archer is a loan target for more than a dozen Championship clubs but is expected to be given a chance by Steven Gerrard on next month’s tour of Australia.

The forward scored seven times in 20 games last term on loan at Preston, who would like him back.

However, there are also a number of other clubs monitoring the situation included Watford, West Bromwich Albion and Sunderland.

Archer, 20, has also struck four goals in four games for England Under-21s since making his debut for Lee Carsley’s side earlier this month.

Speaking about Archer in the final weeks of the season, Gerrard said: ‘I want more forward options in the number nine position, so we’ll analyse Cam in pre-season and we’ll make the decision from there.

Keinan Davis, who spent last term on loan at Nottingham Forest, may be allowed to leave Villa

‘He’s a big, bright prospect here. (Preston manager) Ryan Lowe has done a good job with him. Preston have given him a really good opportunity, but everyone wants Cam Archer and everyone wants Keinan Davis. Good players cost an awful lot of money.’

Davis helped Nottingham Forest win promotion to the Premier League during his loan spell at the City Ground, and they are keen to bring him back.

It is likely the 24-year-old would be allowed to leave Villa on a permanent deal, which would bring to an end his seven-year association with the Midlands club.