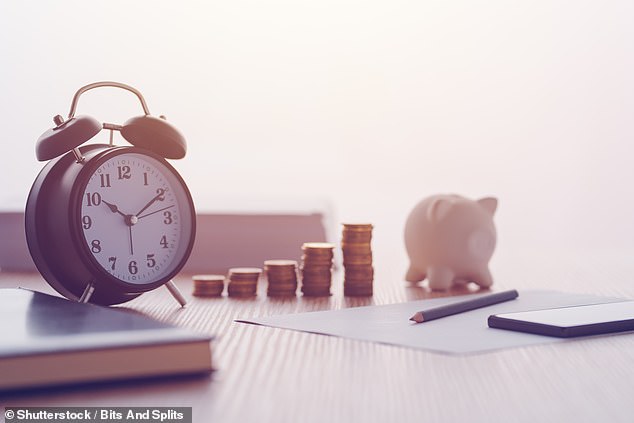 Fixed rate savings hit 3% for the first time in more than three years: But are savers wise to lock their cash away with further rate rises on horizon?

Savers can now secure a fixed rate savings deal paying 3 per cent, although they’ll need to be prepared to lock their cash away for five years in order to benefit, unless they use a platform.

It is the first time since April 2019 that fixed rate deals have paid 3 per cent or more, according to Moneyfacts data.

Savers who sign up to Raisin’s deal and deposit at least £10,000 via This is Money’s exclusive link will also benefit from a £25 bonus, nudging the rate slightly higher.

In both cases, savers will need a minimum of £1,000 to open an account, and after that they can deposit up to a maximum of £85,000, which will be fully protected by the Financial Services Compensation Scheme (FSCS).

Raisin’s and PCF’s deals represent a far higher rate than what’s achievable for those wishing to keep their money in an easy-access account.

The best paying easy-access deal, also offered via the Raisin platform, currently pays 1.52 per cent – roughly half of what’s achievable to those that fix for five years.

However, given that inflation is soaring and the Bank of England is widely expected to up the base rate again on Thursday, some experts are advising savers to refrain from locking their cash away for too long a period of time.

Raisin’s savings platform is home to some of the best deals on the market, with its welcome bonus allowing savers to often leapfrog the absolute best rate available

Rachel Springall, a personal finance expert at Moneyfacts says: ‘Savers may be tempted to lock into a longer-term fixed bond but they may be more sensible to stick with a shorter term or even spread their cash across fixed and flexible accounts as interest rates continue to climb.

‘Easy-access accounts are a good choice for savers who want some flexibility with their cash, so whilst they pay much lower than fixed bonds, they allow consumers to quickly move their money if they wish to do so.

‘The signs of market movements suggests more uplift in rates are to come, but this is largely fuelled by building societies and challenger banks competing towards the top end of the market, with the latter holding prominent positions in the fixed market.

‘Challenger banks may be unfamiliar brands, but as long as they are protected by the FSCS, there is little reason for savers to overlook them.’

It is also worth noting that the gap between fixing for one year and five years is incredibly narrow.

Raisin’s platform is currently a hotbed for savers looking to maximize their returns, given its £25 bonus to those that sign up and deposit £10,000 for the first time.

For example, a saver depositing £10,000 for the first time in its best two-year deal paying 2.87 per cent could essentially secure a return of almost 3 per cent after the bonus is added, making it an appealing option versus the five year rate.

The last time there was a two-year deal paying 3 per cent was as far back as January 2013, according to Moneyfacts.

Alternatively, for those not wishing to sign up to a savings platform, Atom Bank is currently paying 2.9 per cent for a two-year fix.

Raisin is also offering a one-year deal paying 2.55 per cent. Deposit £10,000 and secure the bonus, and savers will effectively earn a 2.8 per cent return after one year.

Its easy-access deal is also the market leader meaning savers wary of fixing their cash can effectively turn a 1.52 per cent return into 1.77 per cent if they take advantage of its exclusive offer.