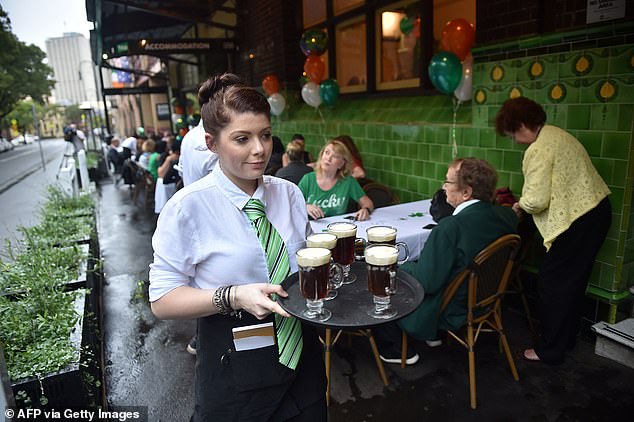 Minimum wage workers have been left fuming after discovering federal politicians were handed an extra $112 a week while they have been given a $40-a-week wage increase.

Prime Minister Anthony Albanese and Opposition leader Peter Dutton are facing calls to turn down their pay rises until Australia’s energy crisis, which has sent power prices soaring, is resolved.

The independent Fair Work Commission on Tuesday awarded federal politicians a 2.75 per cent pay rise, the most generous increase in a decade.

The increase from July 1 represented a real-wage cut with inflation running at 5.1 per cent but was above private sector wage increases in the year to March of 2.4 per cent.

Social media users did not miss the fact that Australia’s politicians, though well paid already, also got a healthy pay increase

However, some say that politicians were very lucky to have received any increase at all while the nation’s debt heads towards $1trillion.

Daniel Wild, Director of Research at the Institute of Public Affairs, said it was ‘extraordinary’ that politicians are ‘lining their own back pockets’ during a cost of living crisis.

‘This says everything you need to know about the priorities of the political class and that one of the first things they do after the election is pat themselves on the back and give themselves an unearned pay rise,’ he said.

‘Both Anthony Albanese and Peter Dutton must show leadership and refuse the pay rise until this energy crisis is solved.’

‘This is further evidence that there are two Australia’s: real Australians who are doing it tough and the out of touch political class who are on the gravy train.’

Minimum wage increase at a glance

The increase was above the 5.1 per cent inflation rate and was the most generous since 2006 during the mining boom

It was more than double last year’s 2.5 per cent increase

The decision to award a 5.2 per cent minimum wage increase directly affects 180,000 workers

The other low-paid workers on modern awards are getting a 4.6 per cent increase if they earn more than $869.60 a week and will get $40 more  a week