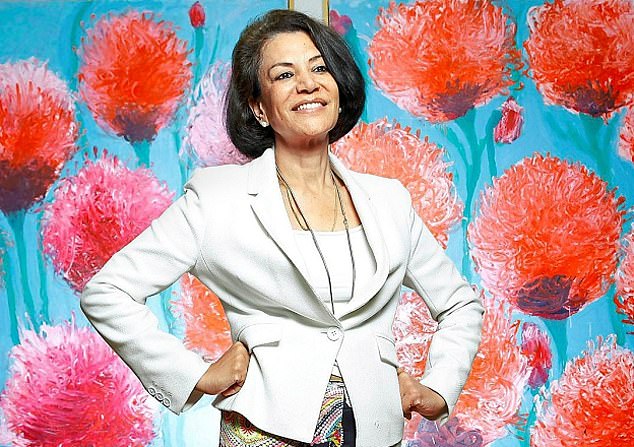 Vin Murria made a last ditch plea for M&C Saatchi shareholders to back her hostile bid for the company.

The UK’s so-called tech queen has been circling the communications agency since January, and after four bids were rejected she took a hostile offer to shareholders last month.

M&C described the tycoon’s latest £253.6million bid as ‘derisory’ and advised shareholders to reject it.

Snubbed: Vin Murria (pictured) has been circling M&C Saatchi since January, and after four bids were rejected she took a hostile offer to shareholders last month

The board opted for a rival £310million offer from rival communications giant Next Fifteen and ousted deputy chairman Murria from the board.

Murria highlighted that because of a fall in Next Fifteen’s shares since the deal was announced, her offer is now higher. Next Fifteen shares have fallen 25.4pc since the offer, valuing its bid at 198.3p per M&C share, versus 209.4p per share under Murria’s bid.

The document gave investors until August 13 to accept the offer, which needs to gain 75 per cent approval to pass.

Murria owns a 22.3 per cent stake personally and through Advt, making a deal difficult to pass without her support.

The board fears that if she gains control of the business there would be an exodus of top talent.