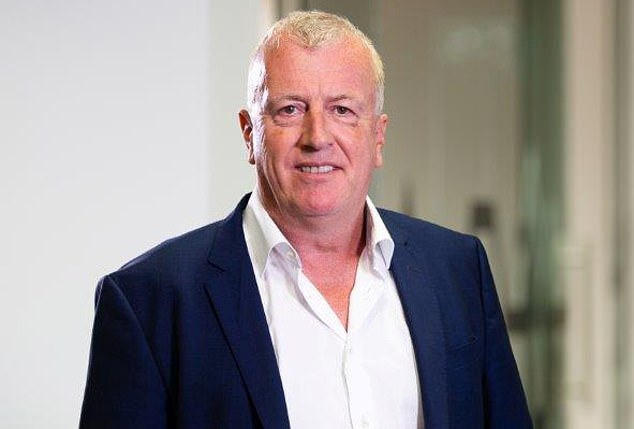 Andy Bell is stepping down as chief executive of the FTSE 250 UK investment group he founded after 27 years in charge.

Bell – who co-founded AJ Bell in Manchester in 1995 and built it into one of the UK’s most popular investment platforms –will be succeeded by deputy chief executive Michael Summersgill at the start of October as part of what the firm said was a ‘long-established succession plan.’

Bell, 55, however, will remain at the company and take up the position of deputy chairman. He said: ‘It has been a fantastic journey so far.’

Stepping down: Andy Bell – who co-founded AJ Bell in Manchester in 1995 –will be succeeded by deputy chief executive Michael Summersgill at the start of October

The Liverpool-born father of four had a modest upbringing, including caravan holidays with his parents, and after working as an actuary and sports coach for a few years decided to set up AJ Bell with his friend Nicholas Littlefair.

Though he still owns nearly a quarter of the company, worth around £253million, he has cashed in millions from selling shares.

But despite his wealth, he has tended to avoid flashing his cash.