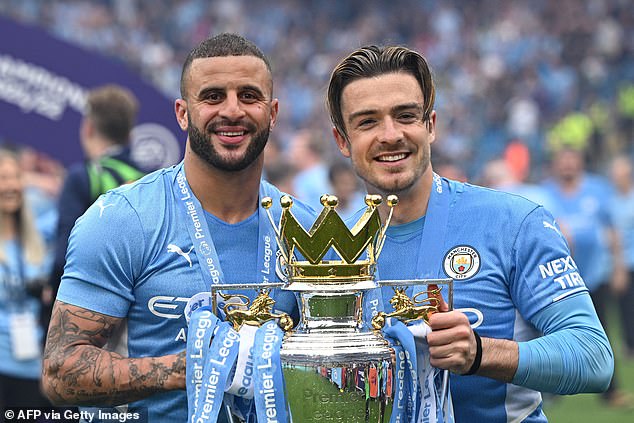 Premier League champions Manchester City will begin the defence of their top-flight title with a thrilling clash away at West Ham but have largely been handed a favourable set of fixtures.

The difficult start quickly tails off for Pep Guardiola’s men, with newly-promoted Bournemouth and Nottingham Forest coming before the end of August.

September sees West Midlands trips to Aston Villa and Wolves either side of the visit of Tottenham, with Antonio Conte’s men travelling to the Etihad Stadium after the first set of Champions League group-stage matches.

October represents arguably City’s most challenging month, with the first Manchester derby of the season kicking it off before trips to title rivals Liverpool – after a Champions League gameweek – and Arsenal following.

The champions face Brentford at home in their final game before the hiatus for the Qatar World Cup, with a trip away to Leeds coming when top-flight action resumes on Boxing Day.

Guardiola’s men then begin 2023 with a trip to Stamford Bridge to take on Thomas Tuchel’s Chelsea, before the reverse fixture of the Manchester derby at Old Trafford next up.

Their fixtures against the top six are well spread out for the remainder of the season, with Tottenham the only team in that category they face in February.

City then face the daunting prospect of travelling to Anfield to take on Liverpool in their first game in April which could have a huge bearing on the destination of the title, while a trip to the Emirates Stadium to face Arsenal comes later in the month.

The champions however would maybe have wished for a kinder end to the campaign, with the visit of Chelsea coming up in the penultimate top-flight fixture of the 2022-23 season.

Their campaign then concludes with a trip to the Brentford Community Stadium to take on Thomas Frank’s men, when Guardiola’s men could win their fifth Premier League title in six seasons.

They will already be confident in pulling off yet another glorious league campaign after unveiling the signing of Erling Haaland from Borussia Dortmund earlier this week.

The Norwegian will officially join the club on 1 July after moving for £51million from the Bundesliga giants.