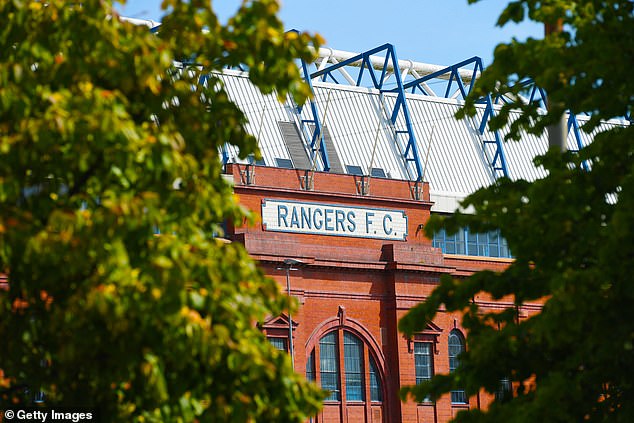 By Mark Walker For The Scottish Daily Mail

Rangers have accepted a £350,000 offer from Aston Villa for youngster Rory Wilson to avoid the case heading for a FIFA showdown.

The Ibrox club and Villa, managed by former title-winning Rangers boss Gerrard, were at loggerheads over the transfer of the Scotland Under-17s striker, who bagged 49 goals at youth level for club and country this season.

Wilson, 16, will sign for Villa on July 1 and had agreed terms, but the clubs couldn’t agree on the fee, with Rangers initially adamant they were due substantially more than just Villa’s offers.

Rory Wilson (pictured), however, has got his wish of moving to Aston Villa after the two sides agreed on a fee

But Villa warned they could end up just paying cross-border training compensation because the player was on amateur forms until the end of the year and will be signing his first professional contract with the Birmingham club.

Villa and the player believed current rules are prohibitively restrictive and were confident this would be upheld by FIFA, with world football’s governing body automatically intervening because the SFA wouldn’t have released his registration if Rangers hadn’t agreed on the fee.

However, they have now accepted Viila’s offer of £350,000, plus add-ons depending on how many English Premier League appearances the striker makes.

Aston Villa’s offer of £350,000 ended up being accepted and the player will move to England