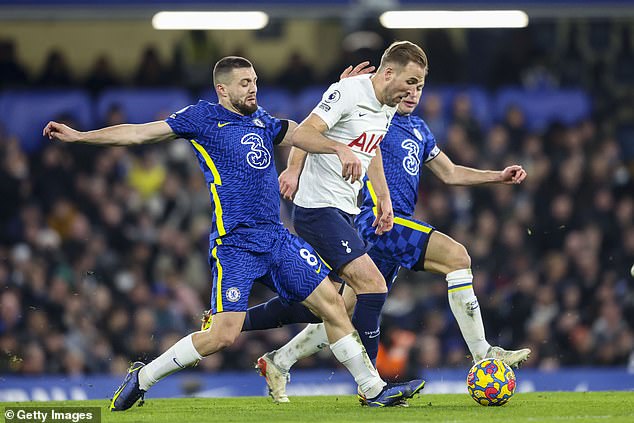 The Premier League’s big six are set to go to war again in the 2022-23 season as they prepare to battle for Champions League spots and the biggest prize of them all – the league title.

Manchester City secured back-to-back titles in the last campaign with Liverpool breathing down their necks, and the pair are expected to duel for the crown once again after both sides made big name signings – with Erling Haaland going to the Etihad and Darwin Nunez joining Anfield.

Meanwhile, Chelsea’s title bid fell apart before it truly began as the Blues finished third during a turbulent, crisis-hit season – as Tottenham pipped Arsenal to that coveted fourth spot.

It won’t be long at all before the big six are pitted against each other, and fans can look forward to a huge London derby on just the second Premier League weekend, with Chelsea hosting rivals Tottenham on August 13 that will see Antonio Conte returning to his former side looking to outline his title ambitions.

But Tuchel will be hungry to show his Chelsea side are ready to bounce back – and he will be hoping to be backed in the market by new owner Todd Boehly after finally buying the club from Roman Abramovich to set up a new era.

Outside the top four last season, Arsenal were forced to settle for Europa League football, with Man United only qualifying for the Conference League. Both clubs play each other in September at Old Trafford – but before that, new United boss Erik ten Hag faces a huge early test of his credentials as he faces Jurgen Klopp’s Liverpool.

Ten Hag’s men have been linked with a host of big names – such as Frenkie de Jong – and he’ll be optimistic his struggling outfit are bolstered with depth by the time the Reds descend on Old Trafford on August 20. He’ll be mindful that in last year’s fixture, United were thumped 5-0 at home to their rivals.

Our first North London Derby of the season comes on October 1 – on the same weekend as the first Manchester Derby in what should promise to be a blockbuster Saturday of football.

That same month offers up seven big six fixtures, including the first time Liverpool and Manchester City will face off to make a title statement at Anfield on October 15, then midweek action will see Arsenal host City before Man United host Tottenham the next day.

The last two big clashes before the World Cup kicks off will be Chelsea v Arsenal and Tottenham v Liverpool on November 5, before Chelsea and Man City contest the first major title clash after the tournament finishes on the second day of 2023.

After a short break for the FA Cup, we have another blockbuster derby weekend, with the north London derby and Manchester derby slotted in for the same day once again on January 14.

Tottenham have two games against the big six in February – both home clashes. First up is against Man City on the 4th and then against Chelsea on the 25th.

There is one Big Six fixture in March, and it’s a big one – with Liverpool welcoming Manchester United to Anfield on the 4th – and then April is where it all comes to a head.

We have no less than seven matches between the big sides in April, starting with a potentially massive clash between Man City v Liverpool, who are expected to go neck and neck until the final day so expect fireworks here – but who will be made to be fools on April 1st?

Liverpool’s crucial test against City is followed up with a home clash against Arsenal the following weekend, and Man United face a defining month as they play Chelsea at Old Trafford on April 22nd, then face Spurs away three days later.

Liverpool and City will face a test of their mettle when they take on Tottenham and Arsenal respectively at the end of the month – but it will be Pep Guardiola’s men who have the disadvantage as season reaches its end.

City have a home clash against Chelsea on the penultimate day – May 20 – on the same day Liverpool have a winnable home game against Aston Villa – so a slip up against the Blues could swing the title in Liverpool’s favour.

Check out the box below to see all the dates when members of the Big Six are due to play each other in the new season.

*All fixtures are subject to change once live TV schedule has been finalised.