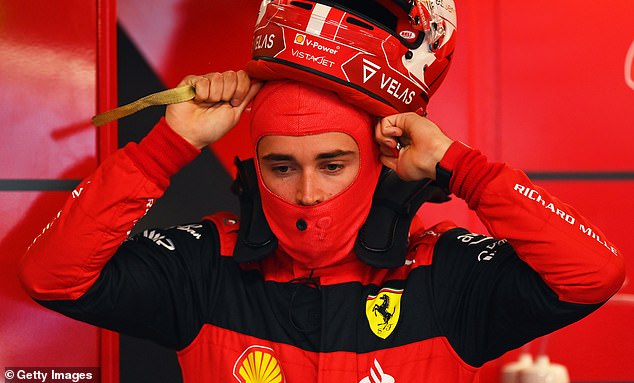 Charles Leclerc will start from the back of the grid in Sunday’s Canadian Grand Prix after taking a new power unit.

Ferrari’s Monegasque driver had previously been handed a 10-place grid penalty for taking a new engine component, although he had the option of deferring his punishment until Silverstone.

However, it has now been confirmed that Leclerc will start from the back of the grid at the Circuit Gilles Villeneuve on Sunday, further hampering his challenge for a maiden World Championship.

Confirmation of a further grid penalty for Leclerc as he takes a new power unit. Will start from back of grid #F1 #CanadianGP

This comes as a result of Ferrari’s main man taking new ICE, turbo, MGU-H and MGU-K power unit components as he continues to push for a first win since the Australian Grand Prix on April 10.

In addition to his recent mechanical woes, suffering two DNFs in three races, Leclerc even managed to miss his flight from Nice en route to Montreal ahead of the race weekend.

Leclerc said: ‘Obviously we’re not in the best situation possible after our recent engine troubles. We have a lot of work to do.’

The 24-year-old finished on the podium last time out in Montreal, coming in third in 2019

But the 24-year-old remained update despite the news, saying: ‘Montreal is one place where it’s quite easy to overtake so it may not be the end of the world for me. But it is not great, obviously.’

He is now 34 points behind leader Max Verstappen of Red Bull after an 80-point swing in five races for the Dutchman, who has reacted brilliantly having failed to finish two of the first three races of the season.

Reigning World Champion Verstappen was dominant in both of Friday’s practice sessions as he looks to build on his 21-point lead over team-mate Sergio Perez at the top of the table.

But Leclerc may take solace from his last performance at the Circuit Gilles Villeneuve, finishing third behind then team-mate Sebastian Vettel and winner Lewis Hamilton – albeit under very different circumstance.

And the Monegasque driver ended Practice Two just 0.081 seconds behind Verstappen’s leading time of 1:14.127, and 0.225 seconds ahead of his team-mate Carlos Sainz

Sainz had also taken a new ICE ahead of Montreal, but will face no penalty, as he also looks to bounce back from a mechanical failure in Baku last time out.