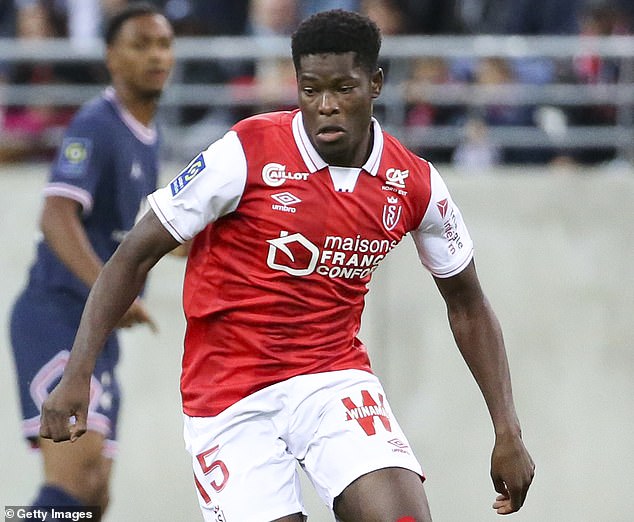 The Zimbabwe international, who turned 26 on Wednesday, has been impressing in the French league where his statistics have compared favourably with some of the best midfielders in the country.

Munetsi’s figures, notably on interceptions and defensive duels won in game, put him ahead of the likes of Aurelien Tchouameni who joined Real Madrid from Monaco earlier this month and Boubacar Kamara who left Marseille for Aston Villa.

Brighton’s analysts are understood to have reported favourably along with scouts and he is under consideration as they look to fill the void left by Yves Bissouma’s departure to Tottenham.

Munetsi, who scored four goals in 22 games last season after coming back from injury, only signed a new contract last month but Reims could be willing to sell for around £7million.

Graham Potter is eyeing his second signing of the summer at Brighton after completing a £10m deal for Paraguay wonderkid Julio Enciso, 18, last week.

Enciso, who had scored 11 goals in 14 appearances for Paraguayan club Libertad Asuncion this season, has put pen to paper on a four-year contract at the Amex.