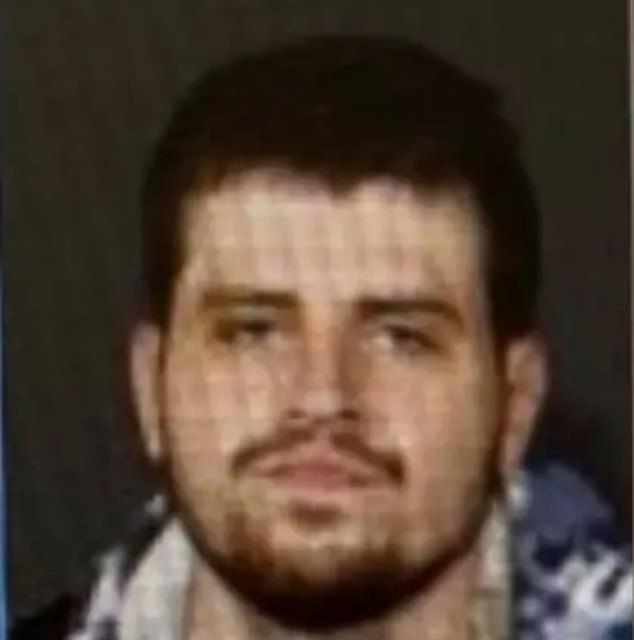 By Joseph Michalitsianos For Dailymail.Com

An NYPD transit officer was assaulted in Brooklyn on the first full day cops were instructed to patrol some subway stations alone, police say.

The officer was assaulted at the Pennsylvania Avenue station on Tuesday at approximately 6.45pm after telling the suspect to put out a cigarette he was smoking on the platform.

24-year-old Alex Eremin, who has a history of altercations with law enforcement, threw himself down the southbound platform staircase after the cop confronted him over the cigarette.

When the officer tried to administer aid to Eremin, the suspect allegedly tried to drag the officer down the rest of the staircase while making attempts to grab the cop’s gun.

Alex Eremin, 24, is suspected of assaulting a transit police officer on Tuesday at a subway station in Brooklyn

After subduing the suspect, Eremin was taken into custody and charged with several offenses, including resisting arrest and assaulting an officer. He was subsequently taken to a hospital for evaluation.

Solo subway patrols by NYPD officers began on Tuesday following a plan set forth by New York City mayor Eric Adams. The aim was to lower crime by increasing the number of cops patrolling the subway system.

The new plan was introduced after a spike in subway-related crime. According to police statistics, crime on the subway has shot up 39% over the last month.

On Tuesday, the same day Adams announced the new plan, a man slashed a woman with a knife at the Fulton Street subway station in Manhattan.

Last Friday, a man was pushed onto the tracks at Grand Central subway station. The previous Sunday, a 16-year-old was stabbed in the face by two suspects while waiting for a train in Brooklyn.

But after the incident involving the lone officer in Brooklyn, Adams appears to be rethinking his plan.

‘The mayor indicated that the deployment plan will be modified so that there are two police officers on every train patrol,’ a spokesperson for the Police Benevolent Association told New York Post.