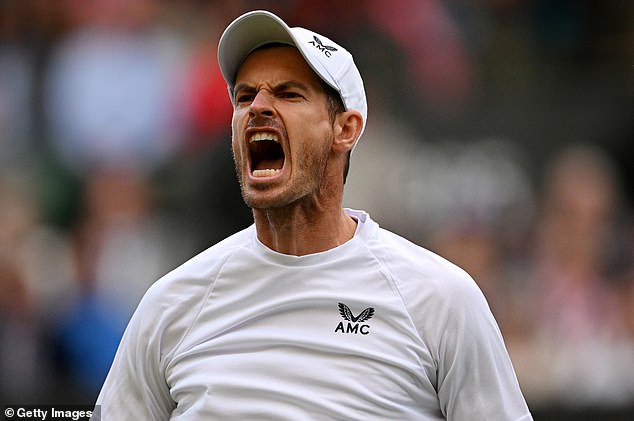 LOCKER ROOM: Promising young Brit Jack Draper can upset the odds after reaching the Wimbledon third round… while Katie Boulter will look forward to playing against a familiar face in the next round

The action at Wimbledon continued with a number of stars being knocked out in the second round, while others continued their Grand Slam journey.

There are still plenty of enthralling matches to look forward to with drama non-stop at the All England Club, with several potential winners involved on Thursday.

So, with this in mind, Sportsmail has picked out the showdowns to watch out for…

An evening treat for the crowd on Court 1. Promising young Brit Draper has reached the Wimbledon second round for the first time and in his way stands a relative veteran at 23. He will need to upset the odds against the Australian 19th seed, but Draper is rarely short of belief. ‘I’m ready to hopefully do some damage in this tournament,’ he said after victory in round one.

Today’s crowd on Court 18 will be grateful this was pushed back. Kokkinakis and Kyrgios — also known as ‘Special K’ — took the men’s doubles at this year’s Australian Open. In a curious twist of the draw, Kokkinakis and Kwon were, incidentally, Novak Djokovic’s opening two singles opponents.

Another daunting draw on paper for a British player. But it’s one Boulter will fancy. These two met last week, with the Brit upsetting the Czech at Eastbourne despite going a set down. You wouldn’t bet against the British No 3 needing to survive another rollercoaster if she is to reach a third round at a Grand Slam for the first time.

Katie Boulter (above) beat her upcoming opponent, Karolina Pliskova, at a recent tournament

Salisbury, doubles No 1, could be Britain’s best hope of a winner this fortnight. He and Ram have triumphed at the US Open (2021) and Australian Open (2020). This match is first up on Court 8 today.

Salisbury (left), doubles No 1, could be Britain’s best hope of a winner this fortnight

A cloudy morning could give way to light showers in the afternoon and evening, with temperatures of 20ºC (68°F).