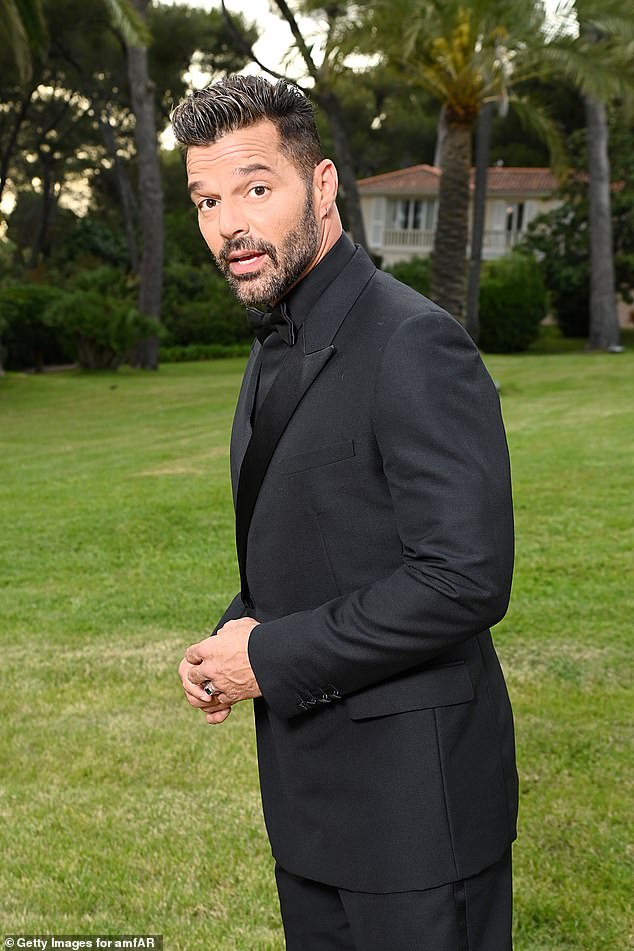 Ricky Martin has been sued by ex-business manager Rebecca Drucker, who says that he shorted her $3 million for the services she provided.

Drucker’s legal team said that Martin, 50, ‘completely and maliciously refused to pay Rebecca the millions of dollars in commissions that he owes her,’ Billboard reported, citing court docs in the case filed in Los Angeles Central District Court.

Drucker said that she initially worked for the entertainer between the years of 2014-2018, TMZ reported.

The latest: Ricky Martin, 50, has been sued by ex-business manager Rebecca Drucker, who says that he shorted her $3 million for the services she provided. The singer was snapped last month in Cap d’Antibes, France

The San Juan, Puerto Rico native subsequently contacted Drucker in May of 2020 during a timeframe when his ‘personal and professional life [were] in absolute turmoil,’ and she effectively got his career back on track, Drucker told the court.

Drucker said in court docs that she provided ‘invaluable services as his manager and top advisor’ in assisting Martin in regards to deals involving recording contracts, tours and sponsorships, assisting him in making millions via a North American tour he was on with Enrique Iglesias last year.

Drucker said that she helped navigate the La Vida Loca singer through a potential career crisis in September of 2020 when she linked him with with an effective legal team amid purported threats of ‘an unspecified career-ending allegation.’

Drucker’s legal team said that Martin, 50, ‘completely and maliciously refused to pay Rebecca the millions of dollars in commissions that he owes her’

The She Bangs artist ’emerged unscathed and proceeded with his professional resurgence’ with Drucker’s help, she told the court.

Drucker told the court the Shake Your Bon-Bon singer was dishonest and manipulative in his dealing with her, and she resigned from working with him this past April.

She said that Martin had threatened her to not speak about their business together and unsuccessfully asked her to sign a nondisclosure agreement.

Drucker, who wants a trial by jury, is requesting $3 million and punitive damages in her case against the musical artist.

Martin currently has a number of projects in the works, including an upcoming EP, and a role on Apple TV+ comedy Mrs. American Pie, which is based on Juliet McDaniel’s 2018 novel. Martin previously earned an Emmy nomination in 2018 for his portrayal of Antonio D’Amico in the Ryan Murphy FX miniseries The Assassination of Gianni Versace.