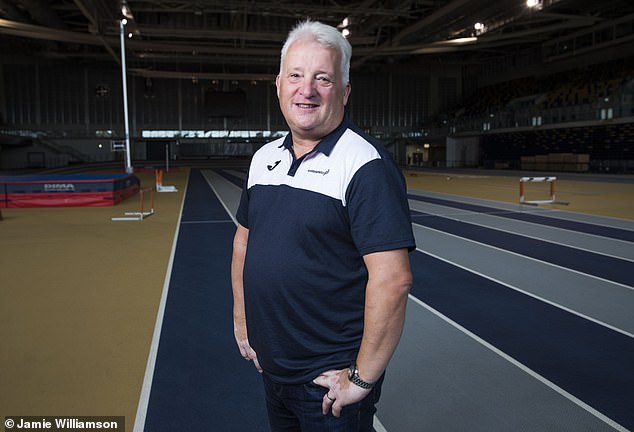 UK Athletics have finally secured the appointment of Stephen Maguire to their most senior coaching position following the axing of Christian Malcolm.

Maguire, who left his role as the sprints and relays lead at UKA in 2020 after Malcolm was surprisingly picked ahead of him for head coach, will return in September in a new technical director role.

The changes come at a period of immense turbulence at the governing body, with multiple changes in leadership on the organisational and performance sides.

Maguire will replace Christian Malcolm, and will start his new role in September

Malcolm’s departure, scheduled for after the European Championships in August, follows a poor Olympics in which Britain missed their medal target.

He remains popular among many athletes but there was always a whispered view that the top job came too soon for the 43-year-old.

Maguire, who rejected a return to UKA last year, as revealed by Sportsmail, is vastly respected around the sport and known for his diligence and attention to detail.

Tasked with transforming a struggling team, which will again find medals tough to acquire at next month’s World Championships, Maguire will join from Sport Ireland, where he has been head of high performance coaching for almost a year and a half.

Team GB struggled on the track at last year’s Olympics, with the likes of Dina Asher Smith missing out on an individual medal

Mark Munro, interim CEO at UKA, said: ‘The appointment of the technical director role is one we are delighted with and feel gives us the best person to lead the programme towards Paris and Los Angeles.

‘We were mindful of ensuring we could make progress as soon as this summer’s championships concluded, and it is a significant boost for the programme that we can confirm his appointment now ahead of a September start.

‘Stephen brings great experience and an excellent track record within high performance athletics. It is another piece in the jigsaw as we continue to prioritise more effective support to athletes and coaches on the world class performance programme.’