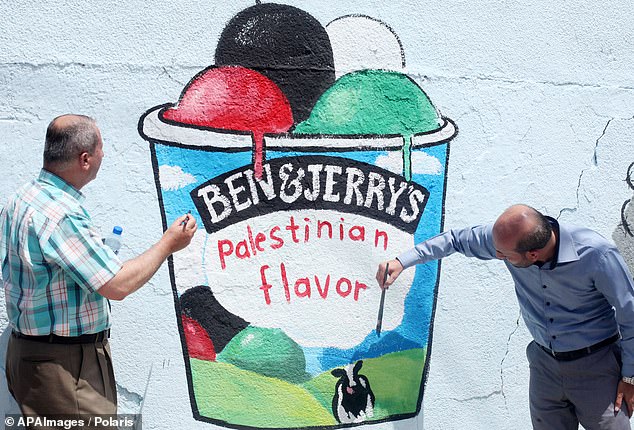 Ben & Jerry’s has been forced by its owner Unilever to end a boycott of the occupied Palestinian territories.

The US-based ice cream brand, which has previously made headlines for taking political stances on everything from climate change to the war in Ukraine, said last year that it would no longer sell its products in Israeli settlements on occupied lands, saying that doing so would be ‘inconsistent’ with its values.

The move sparked a major backlash against both Ben & Jerry’s and Unilever, with some accusing the consumer goods giant of anti-semitism.

Unilever insisted it could not reverse the decision due to a purchase agreement made in 2000 that gave Ben & Jerry’s control over its ethical policies.

But it will now offload the Israeli portion of the ice cream business to Avi Zinger, the owner of American Quality Products which operates the licence for Ben & Jerry’s in the country. The arrangement effectively ends the boycott.

Ben & Jerry’s will be sold under its Hebrew and Arabic names.

Unilever said: ‘This is the best outcome for Ben & Jerry’s in Israel.’ It added: ‘Unilever rejects completely and repudiates unequivocally any form of discrimination or intolerance. Anti-semitism has no place in any society.’

The deal follows speculation that Unilever is planning to sell the Ben & Jerry’s brand as part of a wider shake-up, with investors clamouring for it to boost sales growth and rejuvenate its share price.