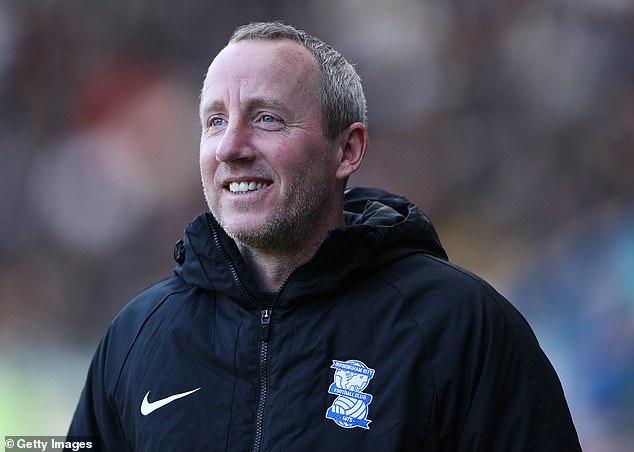 Manager Lee Bowyer seeking assurances over his future as protracted takeover of Birmingham has left him with 12 players, no assistant and poor training facilities just weeks before the start of the Championship season

With a month to go until the start of the season, Birmingham City have only 12 senior players, no assistant manager and are in the middle of a takeover saga.

For many managers, this would be enough to throw in the towel, and though Lee Bowyer is accustomed to dealing with such uncertainty, the Blues boss desperately needs clarity about what the future holds.

When Bowyer took charge towards the end of the 2020-21 campaign, Birmingham looked nailed on for relegation – but he kept them up with something to spare. Despite being given contract and transfer assurances that were not delivered, Bowyer steered Blues to safety again the following campaign.

His reward has been to have prospective new owner Laurence Bassini – who remains in discussions to complete a takeover of the club – talk openly about installing a manager in Bowyer’s place when he takes charge.

Bassini even gave an interview revealing his plan to make Mark Warburton manager, though this now looks unlikely as the former Queens Park Rangers chief has now joined the coaching staff at West Ham.

Whether there is a takeover or not, this is a club in trouble. Kristian Pedersen and Jeremie Bela – important players last season – have departed, while loan players Lyle Taylor, Teden Mengi, Onel Hernandez and Matija Sarkic have returned to their parent clubs.

No new players have been signed since the end of the last campaign and since his No 2 Mark Kennedy left to join Lincoln City, Bowyer has been working without an assistant. The opening Championship fixture of the season, at Luton on July 30, is just around the corner.

Bowyer’s managerial record stands up to scrutiny. He took Charlton, a club in crisis, from League One to the Championship, and guided players like Ezri Konsa, Conor Gallagher and Karlan Grant during his time at The Valley.

At Blues, he has helped Scott Hogan regain his place in the Republic of Ireland squad, while bringing Jordan James – one of the brightest prospects outside the Premier League – into the first-team picture. All against a backdrop of instability and uncertainty, not to mention a home stadium – St Andrew’s – which was operating at reduced capacity throughout last term.

As Bowyer knows only too well, grand claims from potential owners about bringing Birmingham back to the Premier League are meaningless without serious investment. To say the club’s Wast Hills training base needs a lick of paint is an understatement: eyebrows were raised at the quality of the pitches when the players returned for pre-season, to the extent that work on them has had to be carefully managed.

As Bowyer and the Birmingham fanbase wait for news of the future, the club would do well to give a little more consideration to their manager. Otherwise, they may only truly appreciate him when it is too late.