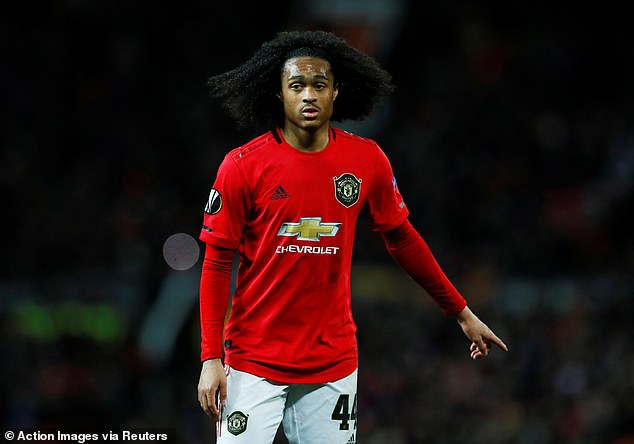 Manchester United winger Tahith Chong is in talks with Feyenoord over a return to his former club, according to reports.

Chong came through the ranks at the Dutch club before joining United in 2016 as a 16-year-old.

He has made just 16 senior appearances for United over the last six years, though, and does not appear to be part of Erik ten Hag’s plans.

As a result, Chong is now speaking to Feyenoord about moving back to the Netherlands, having entered the final year of his contract at Old Trafford, as reported by 1908.nl.

After impressing in his early days in the academy at United, Chong was brought into first-team training by Jose Mourinho in 2018, and was tipped for a bright future by the Portuguese coach, once he had matured physically.

‘I have plans to make him train the most possible times with us, because that increases his evolution,’ Mourinho told reporters.

‘Technically, he’s very good, tactically he understands the game and he understands his position, but by the physical point of view, when the game gets into contact situations, he’s in trouble, he’s fragile, he’s still a kid.

Chong would go on to make his senior debut the following year under Ole Gunnar Solskjaer, but was unable to ever establish himself in the first-team on a consistent basis.

He was loaned out to Championship club Birmingham City last term, and featured in 20 league matches for the Blues, but was only able to get on the scoresheet once.

This followed spells at Werder Bremen and Club Brugge, where he also struggled to make a significant impact.

He has not played for United since August 2020, and his days at Old Trafford appear to be numbered.