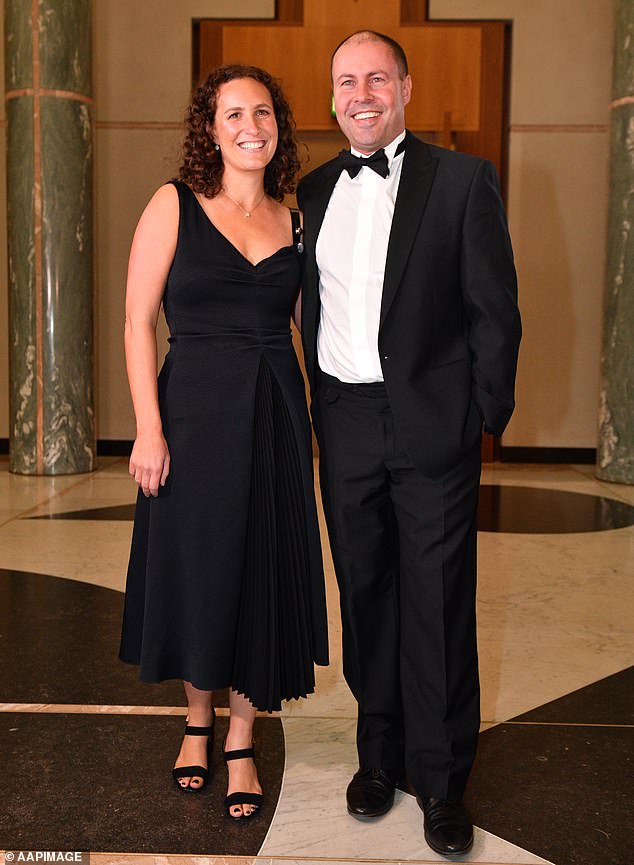 The former federal treasurer was announced as the firm’s senior regional adviser for Asia Pacific in a media release on Thursday.

‘I am pleased to join Goldman Sachs which is the pre-eminent mergers and acquisitions and capital markets adviser to clients globally,’ Mr Frydenberg said in a statement.

‘I look forward to joining the team and contributing to the firm’s leadership, its global capability, and its strength of client franchise.’

‘We are fortunate to bring to Goldman Sachs a person of Josh’s deep public and private sector experience, connectivity, and insight,’ he said.

‘His significant understanding of geopolitical and economic issues will bring considerable value to our clients across the region and beyond.

‘Our Australian clients will greatly benefit from Josh’s insights and expertise that have been gained from an impressive career which includes experience and perspectives across a range of sectors.’

Teal independent Monique Ryan (pictured) won the seat of Kooyong during the May election, ending Mr Frydenberg’s 12-year reign as the member of the Melbourne-based electorate

Mr Frydenberg lost the seat of Kooyong following the May 21 election to teal independent Monique Ryan.

He had held the Melbourne-based electorate since August 2010.

In a statement, the former treasurer said he had called Dr Ryan to concede defeat and to congratulate her.

‘Today I rang Dr Monique Ryan to congratulate her on the election result in Kooyong and wished her well for the term ahead.’

‘It’s been an incredible privilege to have served as the local member for the last 12 years.’

Mr Frydenberg was one of many high-profile Liberals to lose their safe, blue-ribbon seats to the so-called teal independent candidates during the election.

His defeat in Kooyong is the first time the seat has not had a Liberal representative since it was founded in the 1940s.