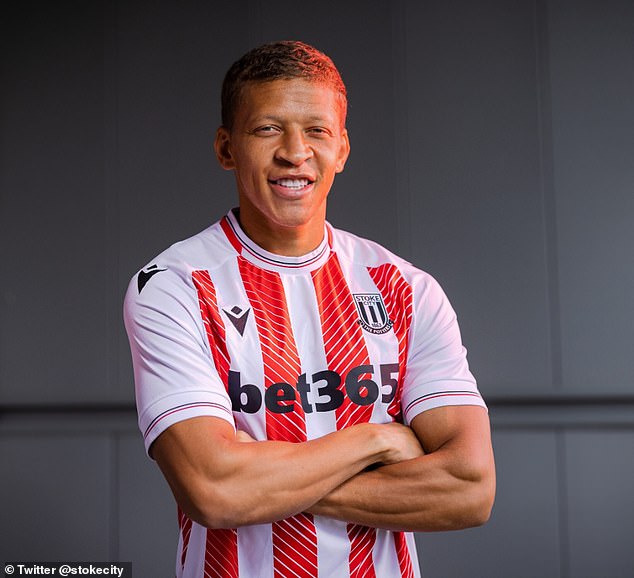 By Adrian Bishop For Mailonline

Dwight Gayle’s six-year spell on Tyneside has come to an end as the forward has signed a two-year deal with Stoke City.

The 32-year-old arrived at St James’ Park for a £10million fee as Newcastle dropped into the second tier, and was tasked with firing the Magpies back into the top flight.

Gayle’s 23 strikes in his debut season saw him become the first Newcastle player since Alan Shearer to score more than 20 goals in a single season, and was enough to ensure that Newcastle bounced back at the first time of asking, winning the Championship in the process.

After Newcastle’s promotion to the Premier League, Gayle would remain a regular presence in the first team, but would fail to find his scintillating form from the previous campaign, with just 6 league goals in 35 games.

In the years since, a mixture of injuries and a host of new arrivals has severely limited Gayle’s playing time at St James’ Park, leading to just 46 appearances in the last four years.

‘There were a number of clubs chasing him so we are really delighted he has chosen to join us.’

O’Neill will be hoping that Gayle’s impressive goal record in the second tier can help his side improve on their disappointing mid-table finish last season.

Southampton midfielder Will Smallbone is also expected to join the Potters on a season-long loan from Southampton.