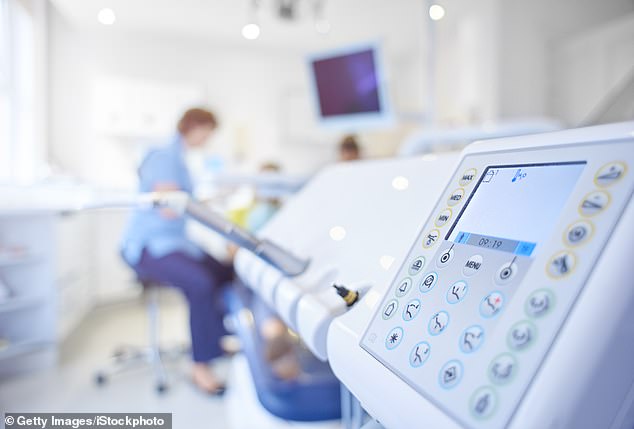 If March’s prelims from Tissue Regenix marked an inflexion point for the regenerative medical devices specialist, it was largely missed by the wider investing public.

So, an oft-quoted line from Warren Buffett is probably appropriate here: ‘If a company is doing what it takes to grow itself on a profitable basis, then the share price will ultimately take care of itself.’

In other words, the market will catch up.

Tissue Regenix is part of a vibrant segment of the healthcare industry expected to generate annual revenues of US$6.8billion by 2027 as it grows at a compound annual 14 per cent.

‘Regenerative medicine is one of the fastest-growing areas of healthcare,’ explains Daniel Lee, the company’s chief executive.

‘As such, it offers the opportunity to innovate and change the standard of care, which excites us.’

The company’s products – spanning orthopaedics, dentistry, wound care and artificial ligaments – are based on two core technologies: BioRinse and dCELL.

In turn, they rely on two of the three basic pillars of tissue engineering: growth factors and scaffolds.

A key differentiator from the competition is that the group works with human and animal tissue, such as porcine ligament OrthoPure XT, which is beneficial from a commercial standpoint, Lee explains.

‘There isn’t enough supply [of human tissue] to meet the global needs, so you need to supplement that, augment it with animal tissue. We do this,’ says the Tissue Regenix CEO.

The global pandemic exacted a toll on wide swathes of business, and Tissue Regenix wasn’t immune.

However, it has bounced back, and as we’ll see later, the lockdown did allow the company to enact certain changes that will benefit the business going forward.

The latest trading, for the six months ended June 30, showed revenues were US$11.8million, up 25 per cent year-on-year, or 27 per cent at constant currencies, maintaining 2021’s progress.

Crucially, TRX said its cash position is sufficient to fund its growth ambitions, with analysts expecting it to reach profitability next year.

Trading: Tissue Regenix’s half-year recent results showed revenues were $11.8million, an increase of 25 per cent year-on-year, or 27 per cent at constant currencies

If the lockdown had an upside, it was that it allowed Tissue Regenix to build capacity at its base in San Antonio, Texas.

‘Supply is foundational to a tissue-based business because our raw materials are not metal and plastic but from human donors. The supply chain for that is long and complicated,’ explains David Cocke, the company’s chief financial officer.

‘One of the first things Danny [CEO Lee] did when he came in was to revamp our donor sourcing to put in a solid supply foundation so we can grow the business.

‘We had to have the capacity to take donors [what donors gave us] and turn it into finished products for our customers.

‘So, in 2021, we finished the capacity expansion which allowed us to scale our operations to grow the business.’

All of this ties in with the company’s ‘4S strategy’, which involves enhancing supply, sales revenue, sustainability and scale.

With profitability on the horizon, Tissue Regenix is on the cusp of becoming a self-sustaining operation, meeting the third of its goals.

‘The fourth, the kind of end game, is scale,’ says Lee.

‘As the business grows and generates profits, we can use those profits to reinvest in value-creating transactions, licensing agreements, R&D or more new products.

Stifel, a broker that specialises in the life science arena, reckons the stock (0.49p, £35million market value) is significantly undervalued as it trades at a 60 per cent discount to its quoted peers.

Indeed, if you look at transactions in the sector, the anomaly appears even greater.

Bidders paid an average of four times revenues to complete the acquisitions of competitors such as Osteotec, ACell and LifeCell.

For Lee and Cocke the focus is not on valuations but on its four growth pillars.

Looking ahead, a significant increase in elective surgeries post-pandemic should spur demand for Tissue Regenix’s products.

If the strategy clicks into place as envisaged, then Sage of Omaha’s maxim holds true and ‘the share price will ultimately take care of itself.’