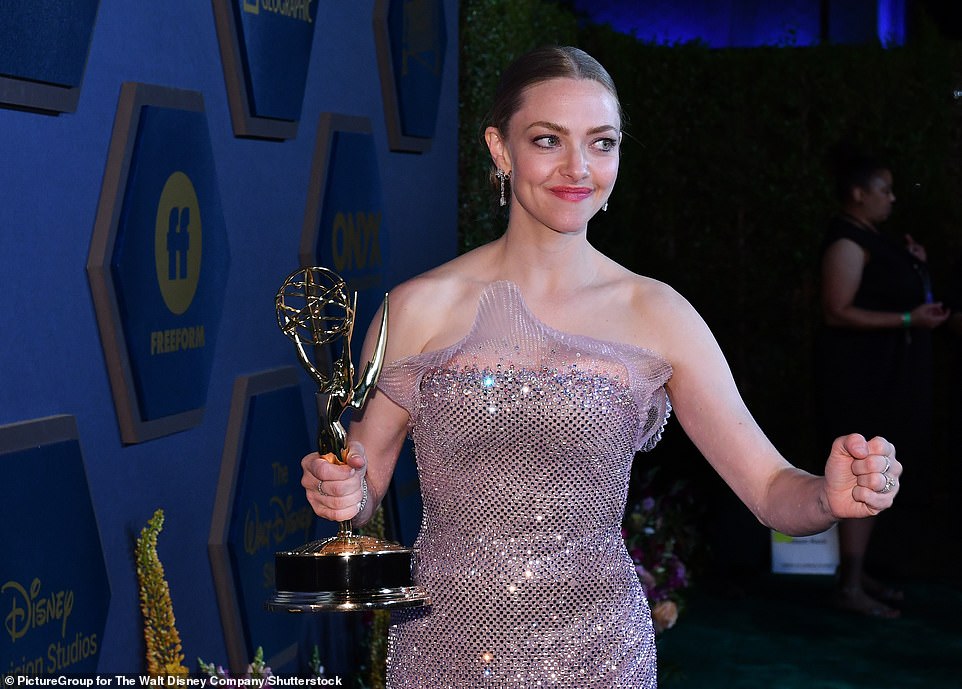 Amanda Seyfried exuded glamour as she celebrated her first Emmy win on Monday at The Walt Disney post-show bash in Los Angeles.

The actress, who took home the Outstanding Lead Actress gong for her performance in The Dropout, donned a lilac gown – which was emblazoned with diamantes.

Also hitting the post-Emmy celebration was Lily James, who showed off her stunning frame in a plunging mini dress, alongside Heidi Klum, who turned heads in a sparkling tassel maxi dress.

Amanda’s dazzling gown featured a strapless neckline and a mesh overlay – scooping up over the bust in a decadent netted detail.

The actress had her golden locks sleekly styled back in a tight bun away from her face, adding a dewy palette of makeup with a pink lip.

Amping up the ante, she added a pair of diamond drop earrings and a collection of silver lings for some extra bling.

She appeared proud as punch while displaying her first Emmy, which she received at the earlier Microsoft Theater ceremony.

The Outstanding Lead Actress in a Limited or Anthology Series or Movie was awarded to Amanda for her portrayal of Elizabeth Holmes in Hulu’s The Dropout.