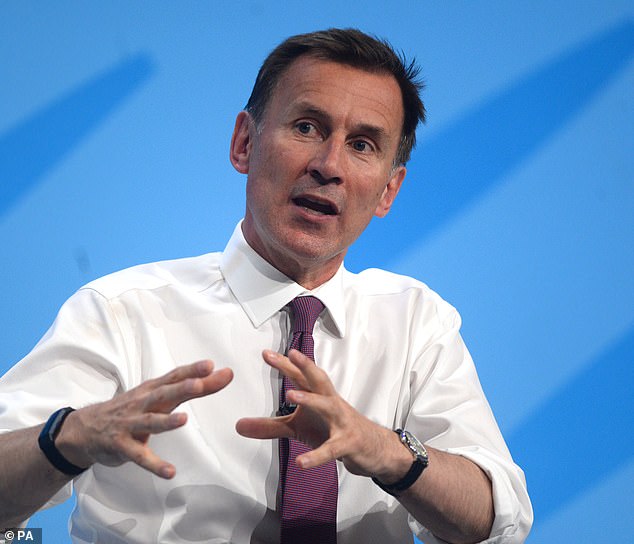 Windfall tax on banks that could raise up to £90bn may be considered by Chancellor, who said all options to balance books were under review

A windfall tax on banks that could raise up to £90billion may be considered by Chancellor Jeremy Hunt, who said yesterday that all options to balance the Treasury’s books were under review.

Hunt, who dramatically replaced Kwasi Kwarteng on Friday, met Treasury officials this weekend, saying he would take a clean slate to the battered public finances.

He urgently needs to restore the Government’s credibility after markets were spooked by his predecessor’s unfunded tax cuts.

Only last week, Bank of England deputy governor Paul Tucker urged the Government to consider reducing the interest paid on some deposits held at the Bank by high street lenders. He said this could save the Treasury between £60billion and £90billion in interest withheld from banks such as NatWest, Lloyds and HSBC over the next two years.

The levy would be the equivalent of ‘around 9 per cent of annual spending on health, education and defence’, Tucker added.

The interest paid on commercial banks’s deposits has been spiralling higher as the base rate has risen. The Treasury has examined the strategy as an easy way of filling a £60billion hole in public finances. But responding to a report in The Mail on Sunday last week, officials appeared to rule out the option.

But yesterday, Hunt told BBC Radio 4: ‘Some taxes will have to go up… I’m leaving open all possibilities. We have to show we can fund every penny of our tax and spending plans.’