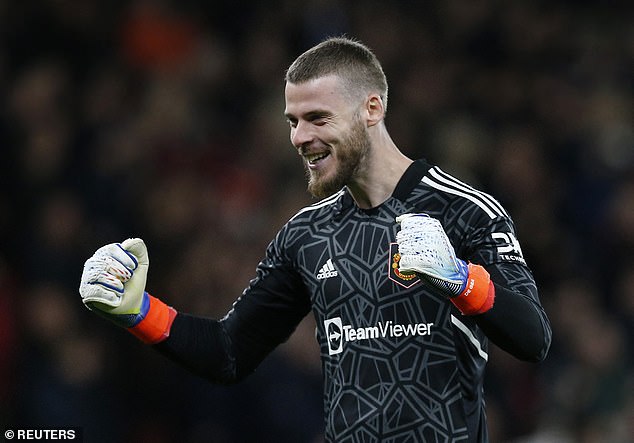 David de Gea reportedly could leave Manchester United at the end of the season, with a number of LaLiga sides ready to sign the Spanish star.

Erik ten Hag said this week that the club ‘has not made a decision about De Gea’, with his contract up at the end of the season and a renewal not yet agreed – although United have the option to extend by a further year.

United have been constantly linked with Atletico Madrid goalkeeper Jan Oblak ahead of next season, despite the Slovenian stopper only recently signing a new deal that ties him to the club until 2028. Oblak would cost around £35million.

Any goalkeeping arrival at Old Trafford could further push De Gea out the door. But he wouldn’t be short of suitors with a number of clubs in LaLiga watching the situation, according to Estadio Deportivo.

One of which could be Atletico, if they were to allow Oblak to move to Manchester, but there’s also interest from both Real Betis and Sevilla in the 31-year-old.

Betis could look to move for De Gea once the future of 39-year-old Claudio Bravo is more clear, while Rui Silva is seen as one of their more sellable assets and could move on next summer – leaving a spot open for the possible free transfer of the United keeper.

Over in Seville, the club have Moroccan number one Yassine Bounou or Serbia’s Mark Dmitrovic on the books. They may look at bringing in United’s Spanish star if one of them were to leave the club.

De Gea joined Manchester United in 2011 and this past weekend celebrated his 500th game for the club.

Last week, the Spaniard revealed he would like to stay at the club far beyond the expiry of his current deal.

‘This is my club and where I feel good,’ he said. ‘I’m playing well and I feel very well. I have many more years to play. Yes, I would like to stay here more years and make records for games and everything.

‘I’d like to try to help the young people here as well with my experience and try to win trophies. I feel very confident.’

During his time at Old Trafford, he has been named the club’s player of the season on four occasions and collected Premier League, Europa League, FA Cup and League Cup medals.