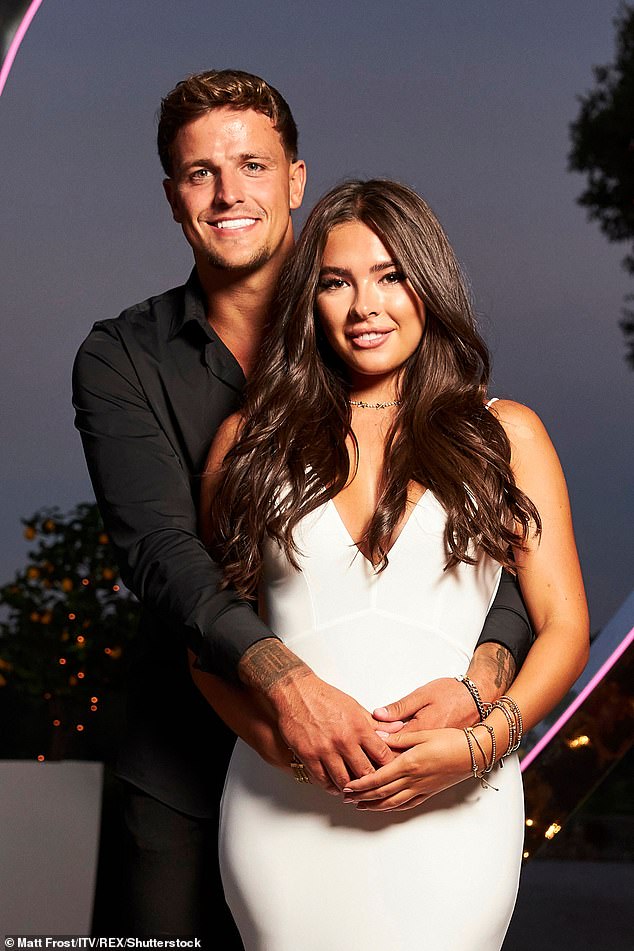 Love Island runners-up Gemma Owen and Luca Bish are ‘closer than ever’ after co-star Paige Thorne made suggestions that one of the show’s remaining couples is a ‘showmance’.

Earlier this week, paramedic Paige, 24, revealed that not all those who appear to still be together since leaving the Majorcan villa are as they seem, suggesting that some may be keeping things afloat for the cameras.

But an inside source has hit back against the possibility of it being 19-year-old Gemma and her fishmonger boyfriend Luca, 23, describing the pair as going from strength to strength.

‘Closer than ever’: Love Island’s Gemma Owen and Luca Bish are ‘closer than ever’ after co-star Paige Thorne made suggestions that one of the remaining couples is a ‘showmance’

In response to the question, ‘Who is the fakest couple to come out of Love Island this year?’, Paige says on the Saving Grace podcast: ‘All I’m gonna say on this is, wait how many couples are left now? Three?

Speculation then rose on who was the ‘fake’ couple still performing their relationship to Love Island fans three months after leaving the villa.

Spilling the tea: In response to the question, ‘Who is the fakest couple to come out of Love Island this year?’, Paige says on the Saving Grace podcast there’s ‘only two’ couple’s left

But an insider has insisted this does not concern the likes of Gemma and Luca.

Speaking to The Mirror, a source close to the couple said: ‘There is lots of talk and rumours about a showmance amongst this year’s contestants but it certainly isn’t Luca and Gemma that everyone is talking about.

‘Luca and Gemma are closer than ever, they don’t feel the need to ham it up on social media every day.

‘Both have lots going on but they’re staying together most nights and when they do have to be apart, they are constantly on the phone with each other.’

It comes not long after Gemma revealed her Love Island boyfriend Luca Bish is a hit with dad Michael – and confirms she’s in talks for her own TV show.

The PrettyLittleThing ambassador, 19, told MailOnline in her first interview since leaving the ITV2 villa that Luca has quickly become part of the family.

Speaking to MailOnline from Seville, the Love Island runner-up, said: ‘Luca fits in quite well and he gets on with my siblings, my mum and my dad as well.

‘His family are lovely too – I get on with all of them really well and have a good relationship with his sister.

‘I have really enjoyed spending time in Brighton with them when I can and the same when he comes to Cheshire.

‘It’s all positive’: Gemma and Luca missed out on becoming Love Island champions to Ekin-Su Cülcüloğlu and Davide Sanclimenti after meeting on the dating series this summer