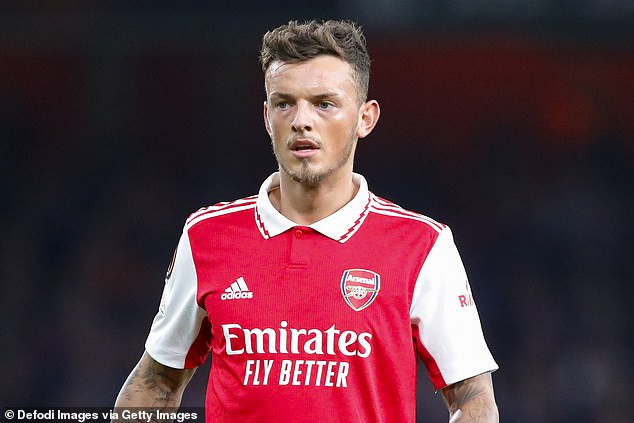 ‘Wow, did they get beat 8-0?’: Lee Dixon mocks Arsenal star Ben White for ‘over the top’ post-match interview after Gunners’ 1-1 draw at Southampton, with England defender cutting a distraught figure after league leaders dropped points

By Lewis Browning For Mailonline

Lee Dixon was surprised by Arsenal defender Ben White’s reaction to the Gunners’ 1-1 draw with Southampton on Sunday.

Mikel Arteta’s side dropped points for just the second time this season and saw their lead at the top of the Premier League halved to two points with the result, which White described as ‘tricky’ after full time.

Via The Mirror, Dixon described the defender’s response as ‘over the top’, claiming that he should ‘take it on the chin and move on’.

‘I think the first half was really good’, White told ViaPlay after the match.

‘We created loads of chances and we should have scored more. We should have probably put the game to bed in the first half and we didn’t.

‘(We were) Sloppy in possession, didn’t win duels, the opposite to the first half and that’s why the game went the way it did. We’re only human, it’s tricky.’

Dixon was staggered by the negativity from White, questioning why he seemed so downbeat following the result.

‘He’s feeling what he’s feeling but I still think that this season, when you play like that in the second half, you’ve got to take it on the chin and go, “yeah, we didn’t play great, move on to the next one”. But he was very down there wasn’t he?

‘I think it (Arsenal’s poor finishing) would’ve been Mikel’s concern at half time because you always remember the game that’s just gone, they had a midweek game but the last Premier League game he’ll remember how in control they were against Leeds and then how it went away from them in the second half.

‘It was very similar, this time Southampton got the goal. But tomorrow when he’s softened his view on it he’ll say it’s a decent point, because they could’ve lost that game in the end.’

White assisted Arsenal’s goal, which was scored by Granit Xhaka, but that proved to be no consolation for the 25-year-old.

He said: ‘Obviously to be a part of it is amazing but it’s about the team and unfortunately we didn’t get the win today.’

The Gunners will look to get back to winning ways when they face PSV in the Europa League on Thursday, before they host Nottingham Forest in league action at the weekend.