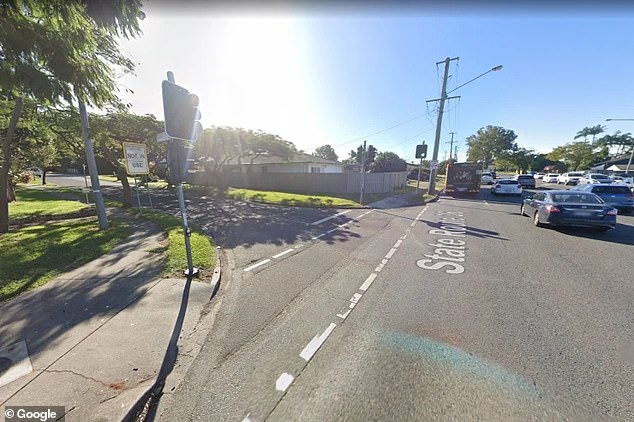 A manhunt is underway for the driver of a car who ran a red light and ploughed into 12-year-old boy as he tried to evade police in Brisbane’s north.

Officers were alerted to an unregistered Holden Commodore on Kessels Road, Macgregor, at about 12.05pm on Thursday. But when police attempted to stop the car it sped away.

Police allege the vehicle ran a red light striking the child who was crossing the road at the intersection of Mains Road and Cosmic Street.

The driver then ditched the vehicle and fled through a nearby shopping centre.

The young boy was taken to hospital with multiple fractures and a head injury.

He is in a serious but stable condition.

A crime scene has been established and investigations are ongoing.

It is believed the driver of the car is a male aged in his 20s.

The ethical standards command has been informed of the incident.