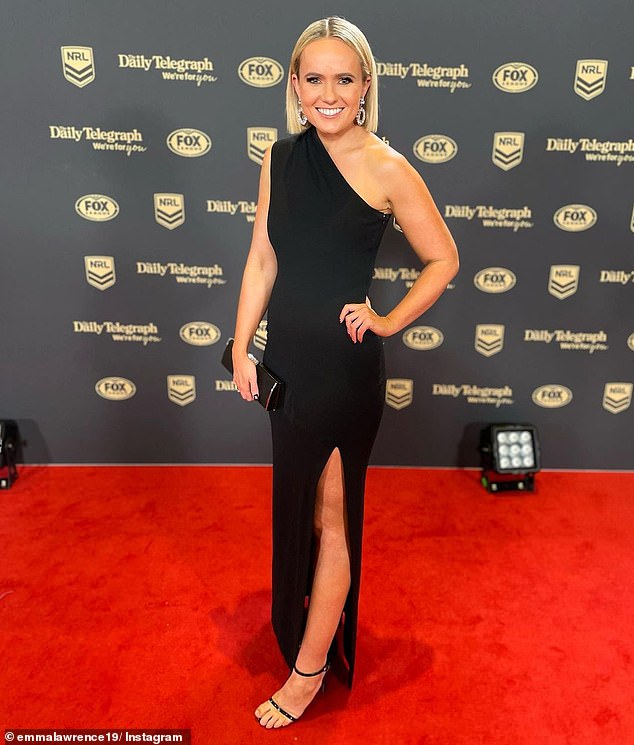 Channel 9 star is robbed of more than $20,000 worth of equipment after waking up to find her car smashed and everything stolen

A Channel 9 reporter has been robbed after her car was broken into and $20,000 worth of gear stolen at the Rugby League World Cup in England.

Emma Lawrence and her cameraman Cade Thompson discovered their vehicle had been broken into on Thursday.

The window had been smashed by thieves and recording equipment stolen.

The pair reported the incident to police and received replacement equipment from the network.

It is the latest theft to rock the major sporting event after the Lebanese NRL team, the Cedars, were robbed twice before their clash with Jamaica on October 30.

The pair reported the incident to police and received replacement equipment from the network (pictured, Lawrence with Paul Vautin)

Players were first targeted by thieves at their Manchester hotel with the crooks making off with laptops, electronic devices and even the team jerseys, which were later dumped at a nearby building site.

Players were then targeted a second time when a stranger walked into the team room at their hotel the night before their big game day.

The man decided to run, but he was quickly chased down by the athletes, who detained him until police arrived.

CCTV footage captured the daring chase showing players catching up to the man as he attempted to get away down the street.

‘Someone came in the team room and I’m not sure what happened, but they called me, thank goodness, so I got down there and settled it all down and the police did their bit after that,’ coach Michael Cheika said.

‘It was an early kick-off [against Jamaica] – I didn’t want them chasing blokes down the street at 10 o’clock at night.

‘They thought they were on an episode of Law and Order, the fellas. It has been a bit of a crazy week with all that happening and trying to not have it as a distraction.’