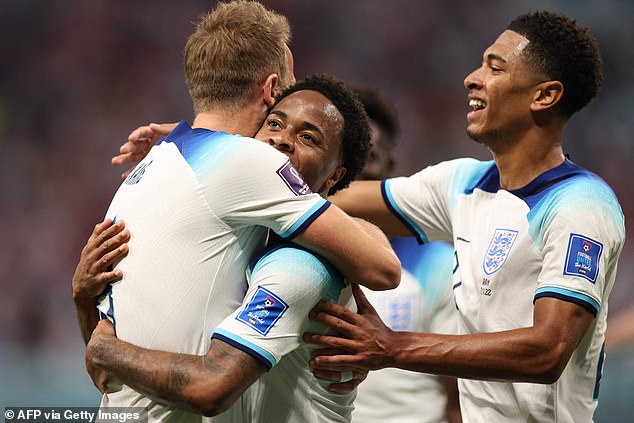 England completed the second most passes of any side in the first half of a World Cup clash since 1966, as the Three Lions dominated Iran on the way to taking a 3-0 lead at half-time on Monday.

Jude Bellingham completed 100% of his passes (40) in the opening 45 minutes, and Mason Mount proved unstoppable on the ball as he was successful in 100% of his dribble attempts.

By comparison, Iran managed only 46 completed passes – the fewest of any side in the same 56-year period, after a truly under-whelming display in Qatar.

Mount and Bellingham in particular excelled in an England midfield that controlled the game, with the opposition largely content to sit back and allow the Three Lions the ball.

The Borussia Dortmund midfielder got the Three Lions off to the perfect start by heading home in the 35th minute – after a lengthy stoppage for Iran goalkeeper Alireza Beiranvand to receive treatment for a head injury.

In total Bellingham attempted 40 passes in the first 45 minutes, as Opta Analysis reveals the youngster failed to put a foot wrong.

Chelsea midfielder Mount was equally prolific, completing both his dribble attempts against the defensive Iran side on Monday in the first half.

He was also successful in defence, with a 100% tackle completion rate, as well as winning seven out of seven duels for Gareth Southgate’s side.

The 23-year-old was also effective in helping England get from one side of the pitch to the other quickly, with three accurate long balls.

The stellar performances flooded in from England’s stars in Qatar, with Southgate’s side controlling the ball with some 82% possession of the ball.

Kieran Trippier had the second-mot touches of any player (69) and attempted almost as many passes in the final third (20) as the entire Iran side (22).

And Manchester City defender John Stones was another player to finish the half without misplacing a pass, with a staggering 70 passes all finding their intended targets.