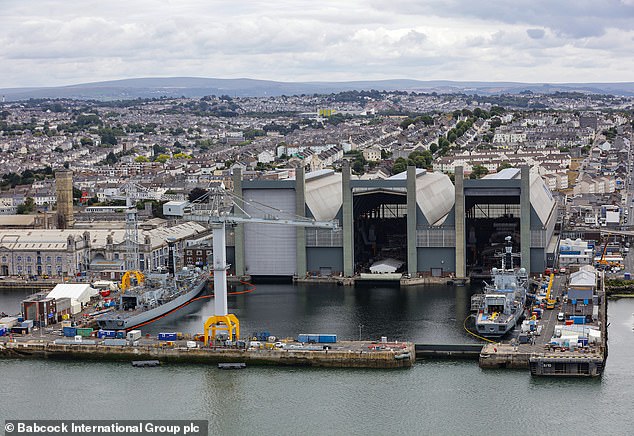 Babcock International has upheld its annual guidance following a succession of contract wins and sales growth across all business divisions.

The defence contractor’s organic revenues grew by 5 per cent to £2.14billion in the six months ending September, against the same period last year, driven by solid performances from its nuclear and aviation arms.

Both segments benefited from an acceleration of infrastructure programmes, with the former aided by submarine work at the Devonport Royal Dockyard in Plymouth and greater levels of civil nuclear activity.

The aviation business was supported by its Italian Aerial Emergency Services (AES) business, and the ‘ramp-up’ of contracts to provide aircraft to the French Air Force and Navy.

It also achieved a bumper set of contract gains or extensions, including an 11-year deal to support the Royal Air Force’s Hawk fleet at RAF Valley, Anglesey, and one new contract to assist the Red Arrows team.

Babcock ended September with a contract backlog just shy of £10billion, which was moderately down on the previous year due to the trading of long-term contracts and the sale of subsidiaries.

Yet, the group said that with more than 90 per cent of revenue contracted for this fiscal year, it had ‘good visibility of the top line’ and expected to achieve positive free cash flow in the second half of the period.

Chief executive David Lockwood hailed the firm’s ‘strong progress,’ adding that ‘the significant contracts won this year underpin our confidence in our potential to deliver sustained growth and capture margin upside over the medium term.’

Under Lockwood’s tenure, Babcock has undergone a turnaround in its performance after issuing a succession of profit warnings in 2019 and 2020 following a downturn in government orders and problems within its aviation arm.

A review of its contract and balance sheet profitability led to the FTSE 250 firm incurring substantial impairment charges, resulting in a £1.8billion annual loss.

To improve its situation, the group offloaded several businesses, such as the Frazer-Nash Consultancy, its UK Power and oil and gas divisions, and a loss-making emergency rescue helicopters business.

It has also secured a significant volume of contracts, including the Future Maritime Support Programme worth around £3.5billion from the Royal Navy for work at UK main naval bases and a decade-long deal to provide dry-dock maintenance for the Queen Elizabeth class aircraft carriers.

These factors helped the group rebound to a £167.9million profit last year. For this financial year, it said annual profits were on track to increase by 10 per cent, in line with consensus forecasts.

Babcock International Group shares were 6.3 per cent higher at 308.2p during the late afternoon on Tuesday, although their value has still declined by almost half in the past three years.